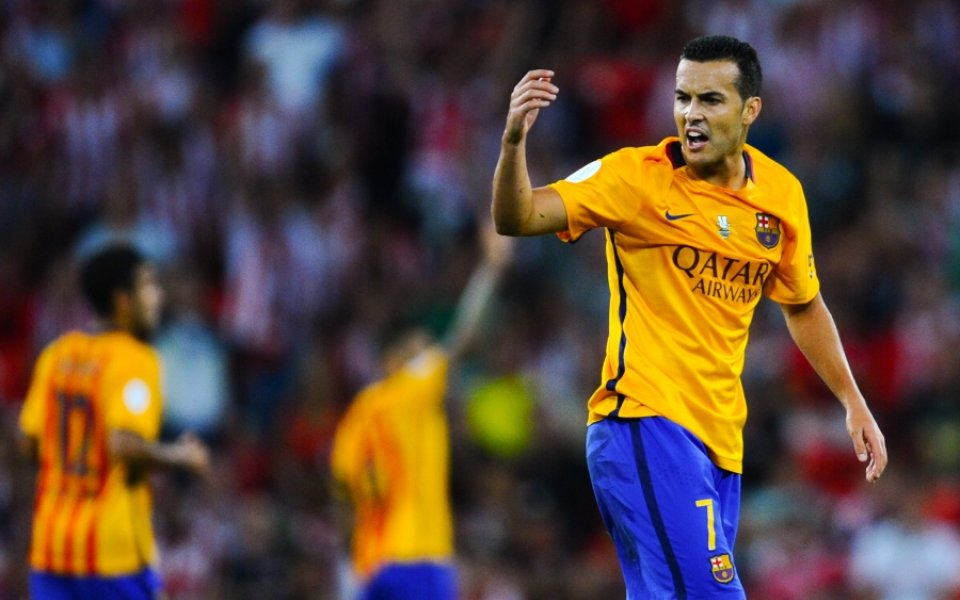 The Blues, who have taken just one point from their first two matches of the season, are expected to complete the transfer on Thursday after the 28-year-old flew to London today to finalise the move.

United have played down suggestions they were snubbed, having appeared to be in pole position to sign Pedro when chief executive Ed Woodward flew to Spain on Monday to close the deal.

The Old Trafford club have indicated they pulled the deal on the orders of manager Louis van Gaal and amid interest in signing Southampton’s Sadio Mane instead – although the Saints insist he is not for sale.

Pedro has won every club honour with Barcelona but has found it increasingly difficult to earn a starting place in a front three that typically includes Lionel Messi, Neymar and Luis Suarez.

He is friends with Blues midfielder Cesc Fabregas, who played alongside him at Camp Nou, and, perhaps significantly, former Barca goalkeeper Victor Valdes, who has been frozen out by Van Gaal at United.

His arrival is likely to trigger an end to Colombia winger Juan Cuadrado’s ill-fated and brief spell at Chelsea, having disappointed since joining from Fiorentina for £23m in January.

Mourinho has already signed Ghana left-back Baba Rahman from Augsburg in a deal that could be worth more than £21m and has made clear his desire to sign England defender John Stones from Everton.

Chelsea have had multiple bids for Stones – the most recent for £30m – rejected by the Toffees, whose manager Roberto Martinez has criticised the public pursuit of the 21-year-old.

The west Londoners now look likely to have to take their summer outlay past the £80m mark if they are to get their man.

A return to big-spending ways follows a turbulent start to the new campaign on and off the field.

Having failed to win throughout pre-season, Chelsea drew their opening league match at home to Swansea, following which Mourinho sparked a row by criticising and doctor Eva Carneiro and physio Jon Fern.

They then capped a miserable week with a 3-0 defeat at title rivals Manchester City, in which Mourinho raised questions over the future of captain John Terry’s longevity by substituting him at half-time.

United, meanwhile, are understood to have enquired after Mane, who scored 10 goals in an impressive first term for Southampton, having joined from Red Bull Salzburg last summer.