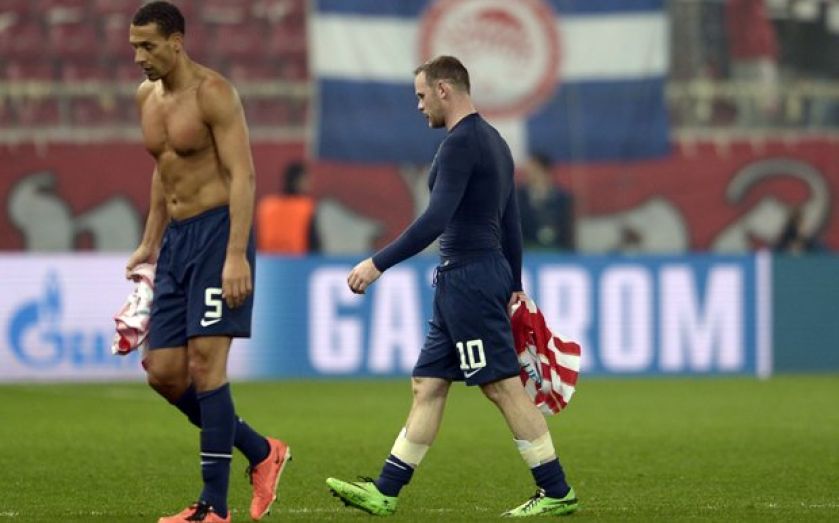 MANCHESTER United manager David Moyes admitted his shock at the abject performance which left his side on the brink of a Champions League exit last night.

United have lost 11 matches since David Moyes took charge in the summer, but the Scotsman felt they plumbed new depths in Piraeus.

“I’m surprised. I didn’t see that level of performance coming,” he said.

“I take responsibility. That’s the worst we’ve played in Europe, we didn’t deserve to get anything. We were really poor to a man.

“The good thing is we’re only 2-0 down and have a great chance in the second leg.”

United have not overturned a two-goal first-leg deficit to win a European tie for 30 years. Yet Moyes retains belief that his side can overcome the odds in the return match on 19 March.

“One good thing is there is a second game to come,” he added. “We have to play better. I expected Olympiacos to be strong, their performance wasn’t unexpected. We’ll do everything we possibly can to reverse the defeat.”

The tone was set almost immediately with United firmly on the back foot and requiring a series of blocks from central defender Nemanja Vidic to keep Olympiacos at bay.

Midway through the half Hernan Perez cut inside right-back Chris Smalling, but fired inches wide.

There was an element of fortune about the inevitable breakthrough on 38 minutes. Campbell’s cross bounced into the path of Giannis Maniatis, whose 25-yard drive was deflected in by Dominguez, wrong-footing goalkeeper David de Gea.

However, there was nothing lucky about the Greek champions’ second 10 minutes after half-time. Campbell breezed past Michael Carrick and curled in spectacularly from 25 yards.

United offered little in the way of a response, with Robin van Persie guilty of missing their best opening in the final 10 minutes when he hooked over Smalling’s cross.