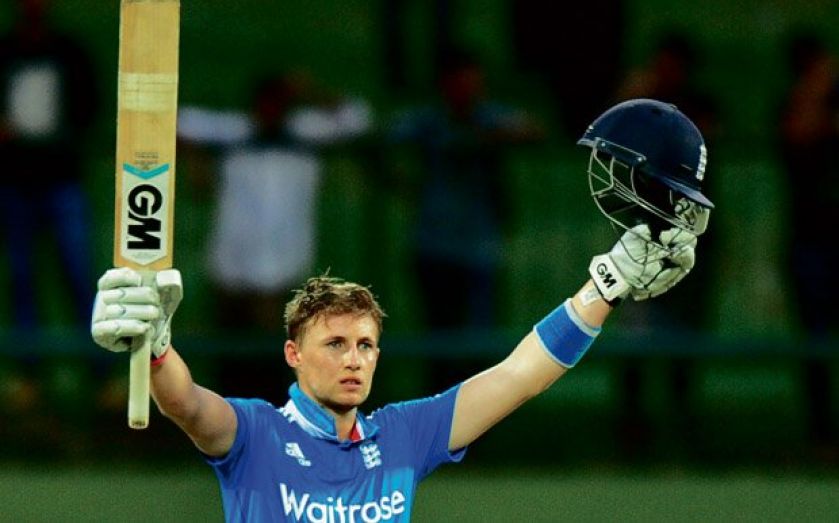 Root finished unbeaten on 104 as the tourists reached their victory target of 240 with five wickets and five balls to spare, sharing a century stand – England’s first of the tour – with James Taylor (68), as well as 86 with Ravi Bopara (28).

The Yorkshire batsman’s third ODI ton built on the destructive heroics of Chris Woakes, who returned England’s third best ODI bowling figures of all time on Wednesday with 6-47, before rain ensured the clash required its reserve day.

England now trail 3-2 with two matches to play and Cook has laid down the gauntlet and challenged his side to ensure the series remains in the balance ahead of the final showdown in Colombo on Tuesday.

“The way Joe Root batted was phenomenal,” he said. “Kumar Sangakkara played a fantastic knock [91 from 123 balls] and the highest compliment I can pay to Rooty is that his innings was in the same class as his. James Taylor has also done fantastically well and played exactly the right way on two difficult wickets so full credit to him for coming in and taking his chance like that.

“It would be great to get to Colombo at 3-3 and have a series final. If we play anything like we did today we can put pressure on Sri Lanka, but the pressure is can we back it up?”

Cook’s batting woes at the top of the order continued after falling LBW to returning off-spinner Sachithra Senanayake, who posted 2-35 from his 10-over allocation after his ban for an illegal action was overturned.

The personal struggles of the 29-year-old opener, who now has one half-century in his last 20 ODI innings, are in stark contrast to the form of Taylor, who further enhanced his World Cup prospects with a second successive 50.

Taylor’s enterprising batting, in only his fourth match in this format of international cricket, is cause for optimism and one of the primary reasons Cook is increasingly buoyant heading into next year’s World Cup.

“There is excitement in the group about what is going to happen over the next three months,” added Cook. “I know we have lost three games and we can’t hide from the fact we are still down in the series but I think we have made some really good strides.”