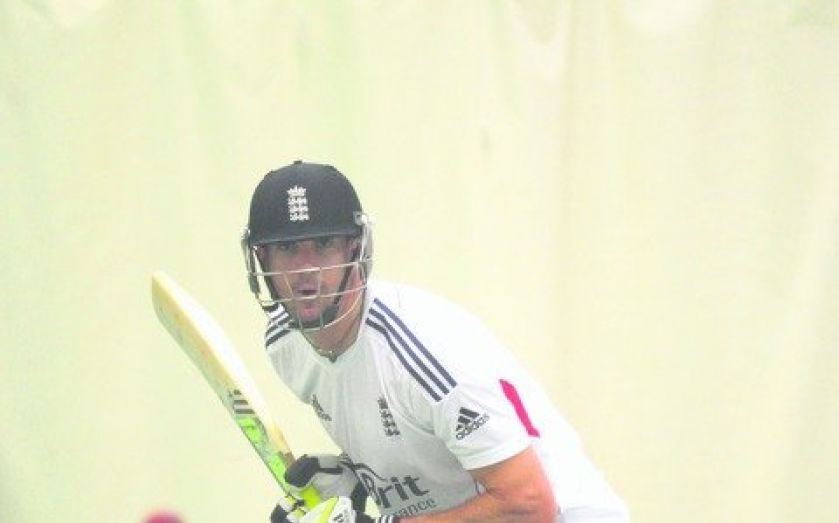 INJURY-PLAGUED Kevin Pietersen will not be picked for the third Ashes Test unless he is 100 per cent fit, England captain Alastair Cook has warned.

The 33-year-old has been doubtful to start at Old Trafford this morning since injuring his left calf at the end of the second Test at Lord’s 11 days ago and Nottinghamshire’s James Taylor stands by as a replacement.

Pietersen was able to complete a scheduled 50-minute session in the indoor nets yesterday and Cook will give the South-African born batsman every opportunity to prove his fitness before finalising his selection.

However, the 28-year-old skipper is not prepared to take risks with England, leading 2-0, able to clinch the series with two Tests to spare.

“Kev’s a bit of a one-off, he has the ability to win games of cricket very quickly on his own,” said Cook. “But we value everyone exactly the same.

“It’s a tough game to go in if you’re not 100 per cent fit. You have to be there or thereabouts, because if it flares up you leave the team at a disadvantage. It’s hard enough to win with 11 players, let alone 10 if one’s not fit.

“He has gone through training the last two days and done everything we’ve asked of him. He’s worked incredibly hard with the medical team over this last week to get himself right, so fingers crossed.”

Cook’s opposite number Michael Clarke also has a selection dilemma with seam bowler James Pattinson ruled out with a back injury and top order batsman Steve Smith struggling, though he could be replaced by David Warner who is pushing for a recall.

Australia must win to have any chance of regaining the Ashes and Clarke is confident his team can still overturn the 2-0 deficit.

“I honestly believe we can win this series,” he said. “I know there’s a lot of people out there that will laugh at me saying that. But I wouldn’t be here if I thought this team wasn’t good enough to have success.”