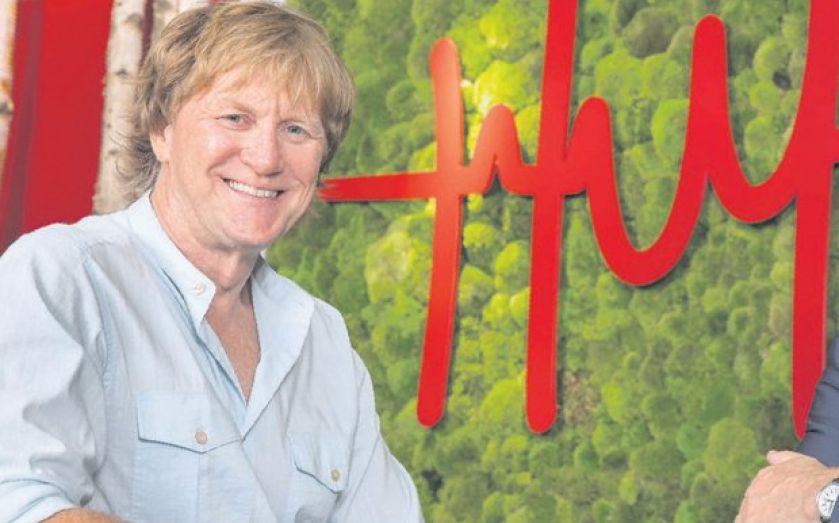 They say if you don’t ask, you don’t get – and no one could accuse professor Sir Chris Evans of being shy about coming forward. Today, the medical sciences entrepreneur and government adviser has built companies worth over £3bn, floated 20, employed over 4,000 people and raised over £1.2bn from investors and governments across 30 countries. But the Welsh pragmatist didn’t start out with a vision, or even a plan.
Back in 1983, he was a young professor at the University of Michigan, earning enough money to pay his rent, but not enough to stop him wearing “the same t-shirt day in, day out”. But it wasn’t the lack of cash that bothered him so much as how it was being used elsewhere. “I saw my prof give an envelope with $1,000 in it to a speaker at a seminar. He told me it was his stipend for ‘coming all this way and giving us that great talk.’ ‘Yeah,’ I said, ‘but it wasn’t very great, was it? It was actually really boring.’” So a hacked off Evans happened upon his first lightbulb moment.

Pairing his love for science with his love for talking, he blundered onto the speaker circuit. “I sent letters out to biotech companies across the country, offering to speak on my subjects – genetics, molecular biology – but only if they paid me $1,000. They all said yes. One even gave me $2,000.” In less than a month, he’d made more than his $24,000 salary. And then, he started getting job offers. “It was judgement day for me. It was the early 80s and they all offered me between $70,000 and $100,000. I sold my soul to do product applied science, which I wanted to do. And for a huge sum of money, which I didn’t really think about – but gladly received.”
Once in the corporate environment, Evans decided he could strike deals “as well as the marketing guys, because I understood the value of what I was doing.” But deal-making for someone else only satisfied him for so long and, in 1987, he founded his first company, Enzymatics, raising £1.3m to do so and starting what we now know as the Cambridge Cluster in the UK.
These early experiences heavily inform Evans’s advice to those who want to “go and do their own thing”. “Go and join someone else’s firm first – and the smaller the better, because they’re the ones filled with perils. And it’s no good just being a load of blokes in a room saying ‘let’s go and do this!’ You’ve got to start with the technology and the products.” And there’s an even franker dose of wisdom for would-be entrepreneurs: “The worst thing is you fail. And if you fail, no one’s going to laugh at you, because no one knows who you are, so they don’t care.” On a more positive note, Evans believes now is the ideal time to get stuck in as an entrepreneur. “Money is waking up again. There’s a huge amount of innovation and invention around the world – there are so many funds now and individuals willing to invest.”

Prolonged exposure to the venture capital world means, however, that Evans is very ready to criticise it – and it’s the UK he’s really frustrated with. British companies are held back by a chronic lack of money, he says. “It’s the sick garden syndrome. We pull up the flowers to look at the roots, then we wonder why they’re sick. In America, they plant, then water them with money and leave them to grow.” Uncertainty around early-stage drug development and a string of high-profile failures have made UK investors wary, but Evans says this needs to change. “We don’t have anywhere near the volume of risk money here. But we’re also suspicious and far too cautious.” Unlike US counterparts, British companies are never given enough money to develop their pipelines – “investors come in some of the way but don’t fully believe the business plan.”
But Evans does sing the praises of Circassia, the biotech firm that raised £200m when it went public in March of this year. Backed by Invesco Perpetual and Lansdowne Partners, the company’s listing was the first biotech IPO since 2006, and the biggest for nearly 15 years. “It’s the model everyone needs to see,” he says. “If £100m was put into a firm during private funding rounds, by the time they got to their IPOs, they’d be much safer for institutions to buy. Then they’d perform better on the stock market and people would be more trusting. People say, ‘there are loads of VCs in London now’, but they’re not putting up enough money. They’d say it’s because they don’t see enough good projects – and that means entrepreneurs aren’t making them attractive enough.”

A HIVE OF ACTIVITY

And this is where Evans’s latest project comes in – the Life Sciences Hub in Cardiff. Backed by a £100m government fund, the Hub was launched by Evans and the Welsh Assembly earlier this year. Designed to boost the activity of the sector in Wales by putting businesses, advisers and funding organisations all under one roof, Evans is optimistic that this orchestrated “ecosystem” will aid progress, and even help Wales “take on Cambridge”.
“There’s nothing in Wales. No financial institutions, investors… I’ve done £120m transactions sitting in pubs. But the Hub will change that. I’ve got a permanent team to take pitches and advise companies.”
Evans himself is taking a more “visionary” role, as he continues to back new companies. “I’m looking at a very big data cancer project at the moment.” Whether or not it’s too early for big data to be of use in healthcare is a tough call to make. “It’s a struggle to get your head round how we can use it,” says Evans, stressing that the consolidation of years of data will, of course, be valuable, but it’s whether anyone can find a way to analyse what are currently incomprehensible volumes. “I’ll decide by next year on this project. I’d need to put in hundreds of millions. Big data is going to happen, but what I’ve got to decide is whether, at the moment, this sort of thing is too bold.”