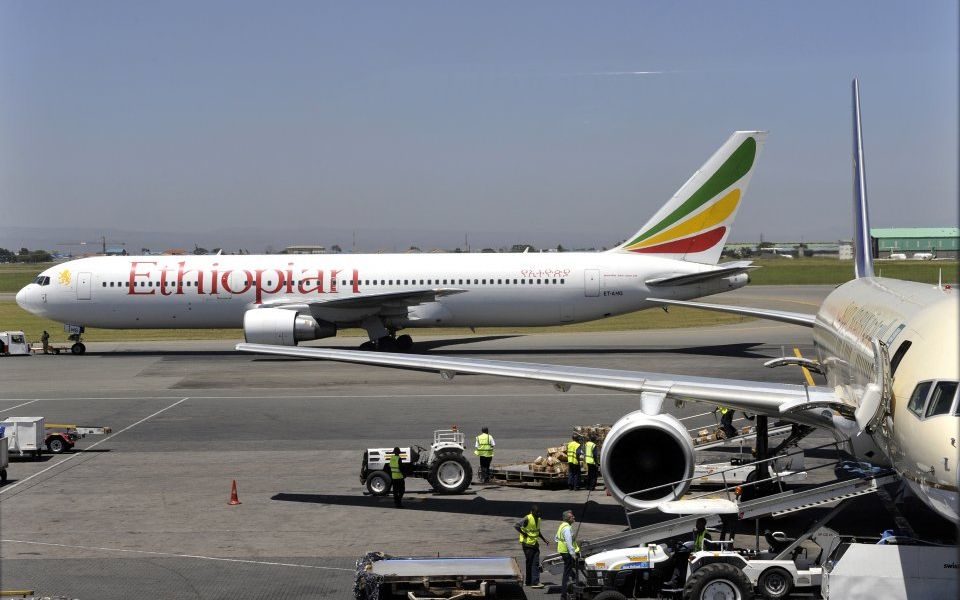 THE CRISIS at aerospace giant Boeing reached a fever pitch today after aviation authorities and airlines across the globe grounded its latest jet model, after it suffered its second fatal crash in five months.

The European Union Aviation Safety Agency (EASA) was joined by others in China, Singapore and Australia yesterday in putting a flight ban on the 737 Max Eight and Nine models, after an Ethiopian Airlines plane plunged to the ground on Sunday, killing all 157 people on board.

An identical model operated by Indonesia’s Lion Air also crashed in October, shortly after it took off from Jakarta, killing all 189 passengers and crew.

There has been no information yet to link the Lion Air and Ethiopian Airlines incidents, but Boeing’s market value has fallen by billions of dollars this week, as concerns grow that both crashes were down to one – as-yet unidentified – operational defect.

The crisis for Boeing continues to deepen, with shares dropping a further seven per cent on the news in the US, after a six per cent drop yesterday.

Earlier in the day, the UK's Civil Aviation Authority (CAA) became one of Europe's first to put a temporary flight ban on the model, before Germany, France, and eventually the EU's own aviation authority followed.

A spokesperson for the UK CAA said: "As we do not currently have sufficient information from the flight data recorder we have, as a precautionary measure, issued instructions to stop any commercial passenger flights from any operator arriving, departing or overflying UK airspace."

"The UK Civil Aviation Authority’s safety directive will be in place until further notice.

The UK Civil Aviation Authority has issued instructions to stop any commercial passenger flights from any operator arriving, departing or overflying UK airspace.

“We remain in close contact with the European Aviation Safety Agency (EASA) and industry regulators globally.”

There are currently five 737 MAX 8 aircraft registered and operational in the United Kingdom, all operated by TUI. A sixth is planned to commence operations later this week, also with TUI.

Air Canada, Norwegian, Turkish Airlines and Icelandair also operate the planes on UK flights, and will all be affected.

Authorities in South Korea, Singapore, Australia and China have also put a temporary flight ban on the model.

The world’s biggest plane manufacturer is reeling from widespread concerns both crashes were down to one, as yet unidentified, operational defect.

A man carries a piece of debris from the crashed Boeing 737 Max 8 plane which was en route to Nairobi, Kenya, from Ethiopia (Source: Getty)

Boeing’s stock fell five per cent on Monday having fallen as much as 13.5 per cent in early trading.

The groundings mean Boeing faces the possibility its newest model will be banned from some of its most important markets, with Chinese airlines ordering more than 100 of the new range, making up 17 per cent of the 350 deliveries made up until January, according to Boeing.

Boeing said in a statement it understands operators "have made decisions that they believe are most appropriate for their home markets".

"The United States Federal Aviation Administration is not mandating any further action at this time, and based on the information currently available, we do not have any basis to issue new guidance to operators," it added.

The US Federal Aviation Administration (FAA) has issued a “continued airworthiness notification” for the model in a bid to reassure operators, but the EU's decision to temporarily ground the planes will put more pressure on the US to do the same.

The president of the US flight attendants' union, the Association of Flight Attendants also sent a letter to the FAA this afternoon, saying both crew and passengers were "expressing concern". As a result, the union is "formally requesting the FAA conduct an investigation into the model".

Ethiopian Airlines said it has recovered the cockpit voice recorder and the digital flight data recorder from the wreckage, meaning authorities already have a head start on the last incident in Indonesia in determining the cause of the crash. October's Lion Air crash was over the sea, making the so-called black box more difficult to retrieve.