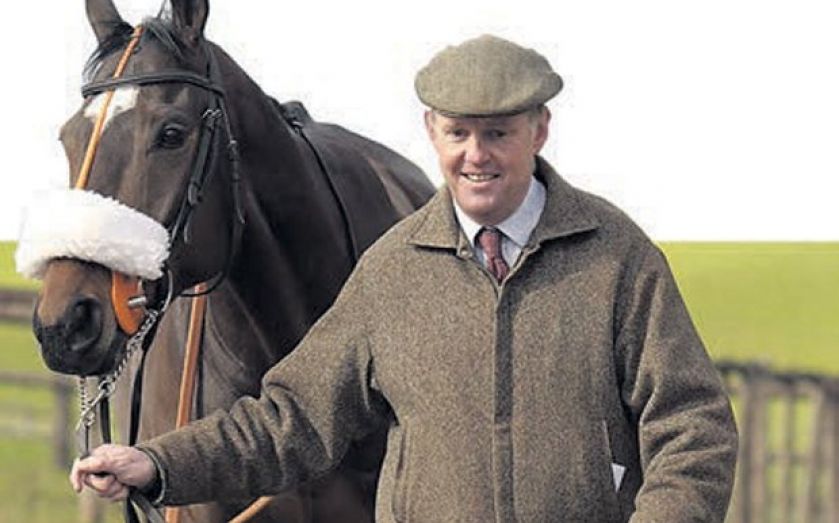 BILL ESDAILE PREVIEWS THE BEST OF THE WEEKEND’S RACING

The £250,000 Betfred Cesarewitch (3.50pm), the second leg of the autumn double, is the biggest showdown of the year between the National Hunt and flat racing fraternities.

Staying the marathon 2m 2f trip is an absolute must, so punters have tended to favour horses from jumps yards over the years. But it’s been the flat boys who have dominated in recent years, winning the last five.

This race, perhaps more than any other on the calendar, has also been an absolute conundrum for punters. There have been only two winning favourites in the past 21 years and the last two winners have both returned a huge 66/1.

Quick Jack, trained by Tony Martin, who won this contest in 2007 with Leg Spinner, is the obvious one, but he’s only 6/1 and I’m going to swerve him at the prices.

Instead, I’m going to back Philip Hobbs’ BIG EASY, who was an excellent second in the trial for this race over course and distance last month. He was drawn wide when taking his chance 12 months ago and that effort is best ignored.

The seven-year-old is fairly unexposed on the flat and will appreciate any further rain that falls. This looks to have been the plan all season and his draw in stall two is pretty much perfect. He is worth supporting at 12/1 with Star Sports.

A more speculative selection is WATERCLOCK, now in the hands of Yorkshire trainer Jedd O’Keefe. The son of Notnowcato was an excellent second in this race last year when with Roger Charlton.

His form this season has been pretty average to say the least, but that means he is now 6lb lower and he has the go-to jockey for light weights in Jimmy Quinn aboard. His draw in stall three is another advantage and he warrants a small each-way bet at 40/1.

York stages its final two-day meeting of the season this weekend and tomorrow’s highlight is the Coral Sprint Trophy (3.30pm), where Mick Easterby’s AETNA is going to be very difficult to beat.

This filly loves soft ground and the form of her win over course and distance back in May is top class. She comfortably beat the Wokingham winner Baccarat and had plenty of other quality rivals behind her.­

She was kept away from the summer quick ground and had her first start in four months a couple of weeks ago at Newmarket where she ran an excellent race to finish an unlucky third.

Easterby loves nothing more than a big winner on the Knavesmire and Aetna looks set to give him another at a general 7/2.

There is some decent action this afternoon as well and my main fancy is CHANCERY in the 1m 4f handicap (4.05pm).

David O’Meara’s charge has won twice at York and he has now dropped back to the mark off which he comfortably landed a handicap here in August 2013.

He ran in the Cambridgeshire last time, but that was over too short a trip and the step back up to a 1m 4f, combined with some more cut in the ground and first time cheekpieces, can see him land a fifth career success.

The five-furlong dash at 2.30pm features a whole host of sprinters with decent York form, but the one for me is JAMAICAN BOLT.

Geoff Oldroyd’s inmate is yet to win here, but he has run well in the past and the key to him is the drop back to the minimum trip and soft ground.

He was sixth to Aetna in that strong event back in May and the conditions of this race should suit him perfectly.