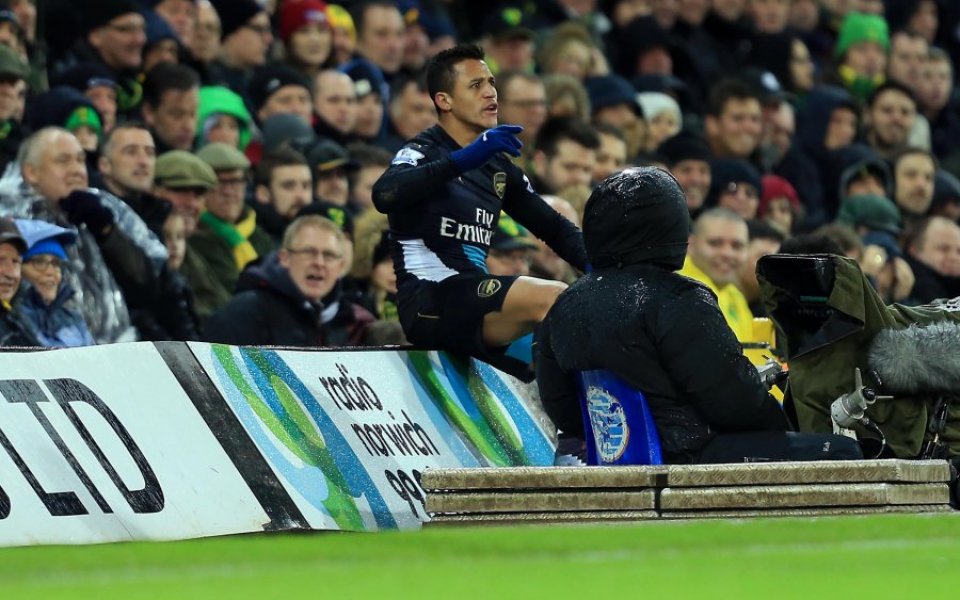 The Gunners will be without Sanchez for their game against Sunderland today, after he was forced off with a hamstring injury during the Norwich fixture.

His removal came shortly after an apparent shove from Bennett which sent the Chilean crashing into the cameraman's area on the side of the pitch.

"First of all it's dangerous to have a camera there," said Wenger. "He could've killed him, he didn't need to push like he did. I think the camera position was absolutely dangerous."

Sanchez's injury sees him join a growing list of players in the Arsenal treatment room, with seven first team players currently ruled out of action.

And Wenger doesn't know when Sanchez will recover from his injury.

At the moment on Alexis, Santi and Mikel (Arteta), we don't know how long they will be out for,' he said earlier this week.