In the Premier League’s current climate, new managers are expected to revolutionise the way their team plays, implementing an attractive style of football and instilling a work ethic that often involves pressing high up the pitch.

Under Unai Emery this season, Arsenal have been accused of failing to follow that blueprint and told that they lack an identity. But as they prepare to face Newcastle tomorrow evening, it could be argued the uncertainty about who and how they will play has become one of their strengths.

Emery has proved himself as unpredictable in his team selection as he is animated on the touchline and although he has been criticised for changing the side too often – and leaving out star players – it cannot be easy for Newcastle boss Rafa Benitez to prepare to face a side that could line up in multiple ways.

Like the rest of us, Benitez will have to wait until an hour before kick-off to find out which team Emery selects, but on the evidence of the season to date, it is very unlikely to be the same 11 men who started the 3-0 win against Rennes last time out.

In fact, the Arsenal head coach has only retained the same starting line-up once in 44 games this season – coincidentally, the last time the Gunners faced Newcastle.

That was a trip to St James’ Park in September following an away win at Cardiff, but on all 42 other occasions this season Emery has selected a different starting XI to the previous game.

If the nickname were not already given to Claudio Ranieri, the Spaniard would certainly be among the candidates deserving of the Tinkerman tag, having also used 31 different players in all competitions. 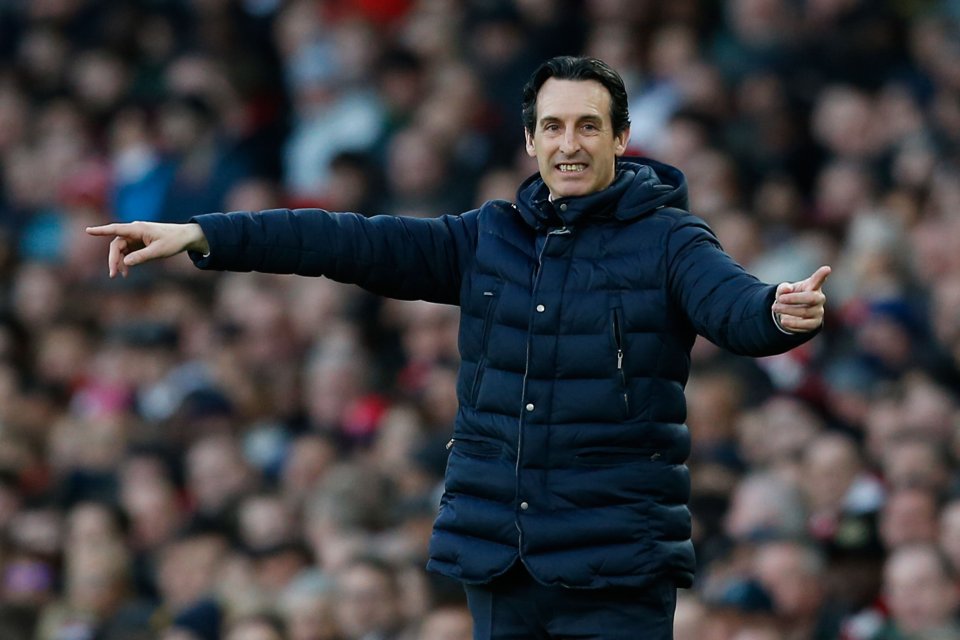 Emery has only named the same team in consecutive games once at Arsenal (Source: Getty)

But despite accusations that Arsenal are lacking an identity under Emery, there has been an undeniable improvement in results compared with last season.

The Gunners went into this weekend fourth in the Premier League and 12 points better off than at the same stage last year. They are three points off last season’s tally with eight games left and also have a favourable run-in compared with their top-four rivals.

While rotation is an inevitable part of any manager’s plans, particularly when facing less celebrated opponents in the EFL Cup and Europa League, Emery’s tinkering has extended to the Premier League where he has only kept the same line-up in successive games twice.

Aside from that Newcastle match, the other occasion was against West Ham in January after a win against Fulham, but a 1-0 defeat in that fixture may have suggested he has been right to continually freshen it up.

Of course, there have been extenuating circumstances along the way, with long-term injuries to Rob Holding and Hector Bellerin as well as shorter-term problems for Sokratis Papastathopoulos and Henrikh Mkhitaryan forcing changes.

But it’s not just the line-up that Emery has developed a knack for rotating, with Arsenal having used several different formations this season too.

The 47-year-old started the campaign favouring a 4-2-3-1 but accommodating Alexandre Lacazette and Pierre-Emerick Aubameyang proved difficult as he resorted to either leaving Lacazette on the bench or playing Aubameyang on the wing.

These wing-back roles are more comfortable for Ainsley Maitland-Niles – deputising for the injured Bellerin – and provides added protection to the defence, while that formation also allows Mesut Ozil to be deployed in his preferred No10 role with Lacazette and Aubameyang both up front.

The club’s highest-paid player, Ozil has been at the centre of much of the controversy surrounding Emery’s changing line-ups and omission of stars but he has started the last three games.

One more and it would equal his longest run in the team this season, hinting that Emery may be settling on a system that he likes, or that perhaps he is now more willing to accommodate the German who earlier in the season was repeatedly left out for “tactical reasons”.

From his obsessive video analysis and attention to detail, it appears the current Arsenal boss sets up with the opposition in mind as much as his own team, something former manager Arsene Wenger was criticised for not doing enough.

But while Wenger allowed his players flexibility on the pitch to play and create, Emery is more dynamic and flexible in his tactical approach to different opposition.

From the outside it may look as though Arsenal lack identity, but Emery’s approach highlights that a rigid style could actually be a weakness. Perhaps then, Arsenal’s new-found ability to be malleable to the task at hand is their hidden strength.