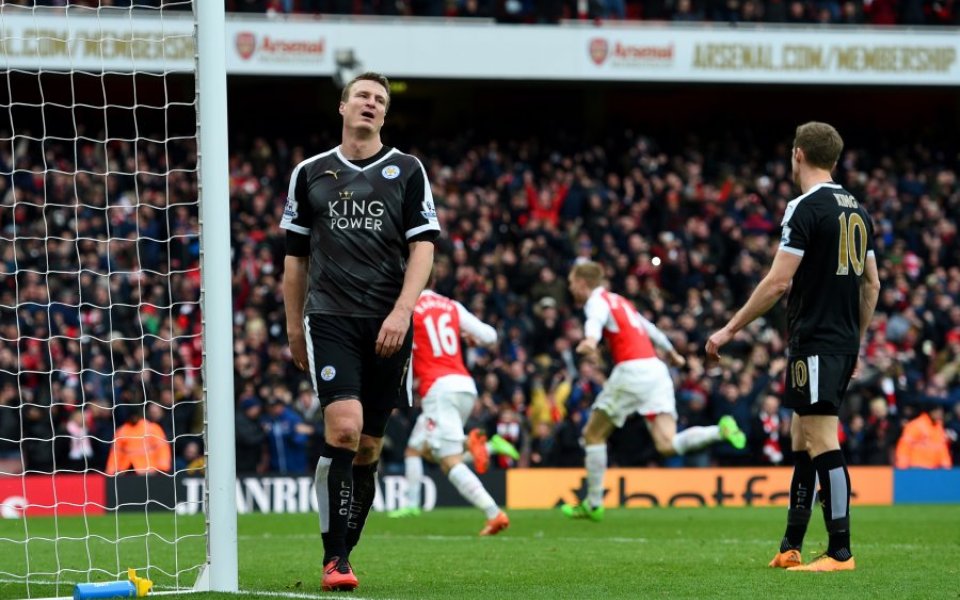 Leicester boss Claudio Ranieri has given his team a week’s holiday to recover from a morale-sapping blow to their hopes of completing a fairytale Premier League title triumph.

A 2-1 defeat at rivals Arsenal cut their lead to just two points with 12 games remaining, as the Gunners and second-placed Tottenham stepped up their chase of the Foxes on Sunday.

Ranieri bet his players they could have this week off if they won all of their last three games but was so pleased with their losing display in north London that he granted them the break anyway.

“I gave them the week off because they deserve it,” he said. “From the start of the season I told my players the results is important because it is our life. But for me the performance is important; if you give everything on the pitch I’m happy. We made mistakes but well done, we did what I want.”

Ranieri criticised referee Martin Atkinson’s decision to send off Danny Simpson for a second yellow card and continued to play down his team’s hopes of unlikely title glory.

“If I think about the match I am very very angry because an international referee gave two yellow cards for normal fouls,” said the Italian, who has beaten Arsenal just once in 16 fixtures at different clubs.

“Our fans are dreaming, but we don’t think about the title. We know we aren’t the best team in the Premier League and Arsenal are one of these. They have to win the league; we have to enjoy it.”