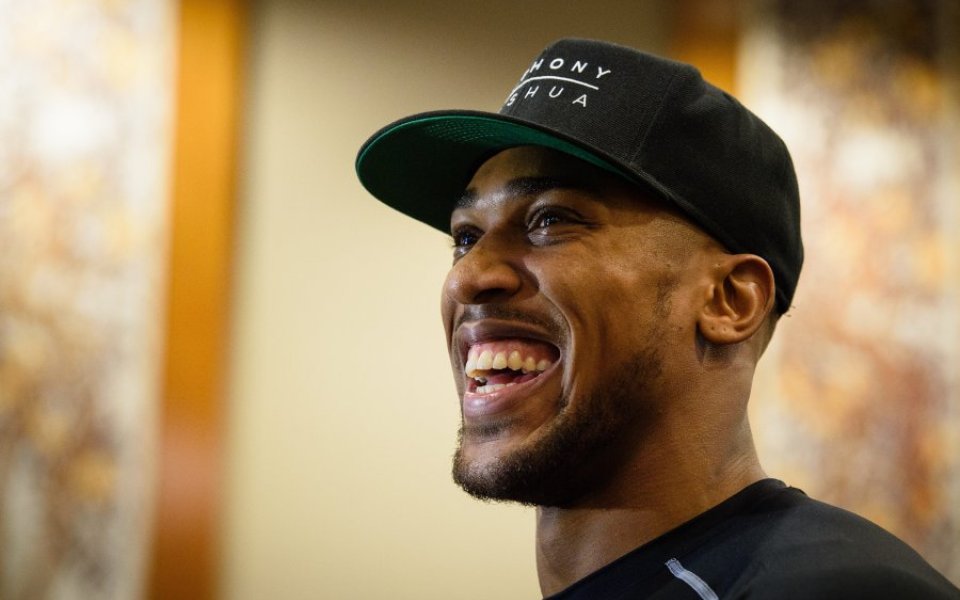 Heavyweight boxers Anthony Joshua and David Haye have sown the seeds for a potential all-British superfight after they both admitted they would like to face each other.

Hot prospect Joshua, who has won all his first 14 fights with impressive knock-outs, faces the toughest opponent of his career so far in Dillian Whyte on Saturday, but admitted he has thought about a potential bout with Haye in the future.

"You heard it here first," Olympic gold medallist Joshua said at a pre-fight press conference with Haye present in a punditry capacity.

"That's what it's about. As with a fighter's mentality, you've both got work to do beforehand. But some time, down the line, our paths will cross – whatever it's for. You've got two great athletes. This is where you heard it first."

"Hopefully, I get through my fight and he gets through his fights, then without a doubt our paths are going to pass very shortly – a world title, eliminator for a world title," said Haye, who fights Australian Mark de Mori on 16 January.

"If he keeps doing what he's doing, there's no doubt we'll fight at some stage."

Yet he has not stepped between the ropes for three-and-a-half years while Joshua has quickly established himself as one of boxing's most exciting talents in that time.

Haye was full of praise for Joshua, but said his fight with Whyte will be his most revealing fight yet.

"He's done everything he needs to do to get the victories," he said.

"He's in fantastic condition, a former Olympic champion and he's fighting undefeated fighters. The last one he fought [Gary Cornish, knocked out in 97 seconds], he knocked him out pretty cleanly.

"This for me is going to show exactly where he is. If he can do the same type of performance as he's done in, say, his last fight, that then says, OK, he's one of the best heavyweights on the planet."