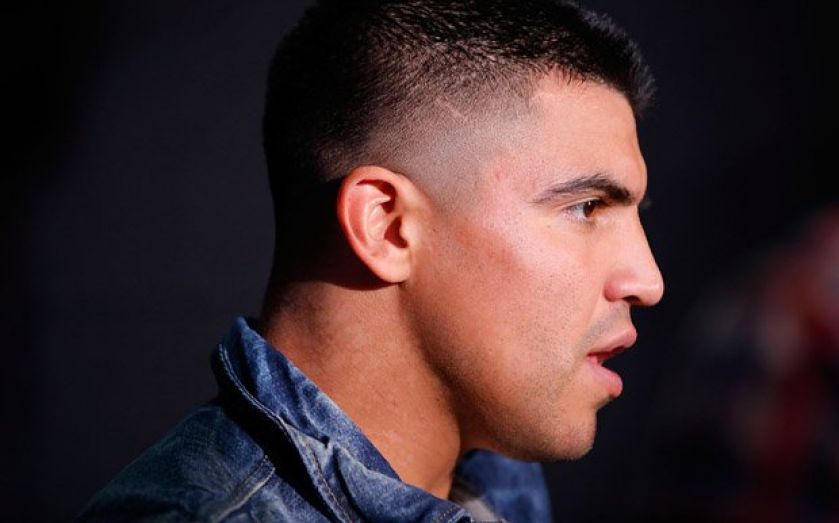 HE MIGHT boast boxing’s most expensive shorts but there is little else special about Amir Khan, according to the Briton’s opponent this weekend, American Devon Alexander.

Khan and Alexander clash in Las Vegas late tomorrow night in a welterweight showdown that is effectively an audition to face five-weight world champion and pound-for-pound king Floyd Mayweather.

Both men are out to prove they have the box office appeal to land a shot at the sport’s biggest name, but Alexander, who lost his title in December to Shawn Porter, doubts Khan’s star quality.

“He’s a good fighter, but I just don’t see anything special that Amir Khan does,” said the 27-year-old. “From me you’re going to see versatility, power, speed, movement – all of it. I’m going to be ready.”

Khan made a triumphant step up to welterweight by beating veteran Luis Collazo on points in May, and has tasked a specialist Sheffield tailor with ensuring he dazzles in his second outing in the division.

The 28-year-old is set to take to the ring in a £20,000 pair of silk-lined shorts crafted from lamb leather and featuring a waistband woven from 24-carat gold.

“There’s going to come a time in the fight when I’ll put pressure on him and rough him up a bit. I know he doesn’t like that,” Khan said.

“We’ve been working with a lot of sparring partners where I’ve had to go in and go for the body. I don’t think he likes body shots either.”