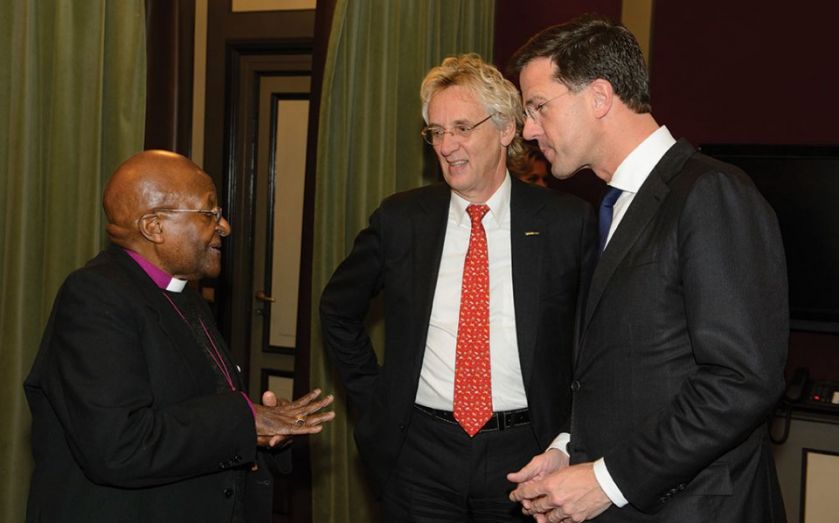 For a Postcode Lottery player their address could be the luckiest thing that ever happened to them. Anyone who wants to play provides their postcode which then becomes their ticket number. Using the postcode means it’s not just one participant who wins a prize, but all the players in an entire street (postcode) or neighbourhood (area code).
It’s a simple format which like any lottery, offers the opportunity to transform people’s fortunes. But in the case of this lottery it’s not only the player’s luck which will change, but also the charitable causes the lottery supports.
As Archbishop Desmond Tutu summed up it gives people the “joy of playing the lottery and at the same time donating to something worthwhile”.
Basically any guilt at having a bit of a flutter can be offset by the fact that up to half of the money a participant spends on tickets goes towards good causes.
The lottery, which began a quarter of a century ago in The Netherlands, has now expanded to both Sweden and the UK. But the mission of its founder charity marketing agency Novamedia – to use the lottery to make the world both fairer and greener– remains the same.
In total, the five charity lotteries chief executive officer Boudewijn Poelmann and his staff runs have donated a whopping £4.7bn to date to a diverse range of charities from plant conservationist London’s Kew Gardens to Maggie’s Cancer Caring Centres which offers practical, emotional and social support to people with cancer.
Other beneficiaries include global organisations like Oxfam, Unicef, UNHCR and Greenpeace.

Novamedia has also set up a so called “Dream Fund”, for projects which it believes are both groundbreaking and courageous.
The Peace Parks Foundation, which aims to protect areas that straddle national borders in South Africa and the World Wildlife Fund, which seeks to protect endangered species, have received £11.3m for their joint programme which is trying to save the rhinoceros from extinction.
The charities are working together to try and protect the rhino from criminal gangs seeking to steal its valuable horn. One of their innovative methods includes dyeing the horns of live rhinos in an attempt to make them less attractive to potential poachers. WWF is also establishing an independent Wildlife Justice Commission in The Hague. The commission will collect evidence, prepare legal cases, and coordinate political lobbying and public pressure to stop wildlife crime.

The lottery also supports causes closer to home. In The Netherlands, where the lottery was founded and where some 40 per cent of the population takes part, it once gave every participating household an LED light bulb to encourage more people to use environmentally friendly lighting.
And this year, it teamed up with consumer goods giant Unilever and retailer Ahold to give 2.5m players a £10 voucher to encourage them to try out sustainable shopping.

Its aims are already ambitious, but Poelmann, who is also non-executive chairman of the board of City A.M., says he wants to expand further, eventually setting up charity lotteries worldwide.
Poelmann, who describes himself as a “naive optimist”, says fundraising is part of the Postcode Lotteries’ DNA.
“We believe the world is better off with strong civil society organisations. Our mission is to raise funds for these organisations and to increase awareness for their work.” Our fundraising lottery model with such a high contribution to charities of £5.17bn to date is unique in the world and we’re extremely proud of this.”
For the full World Charity Index 2014 list take a look at our interactive graphic