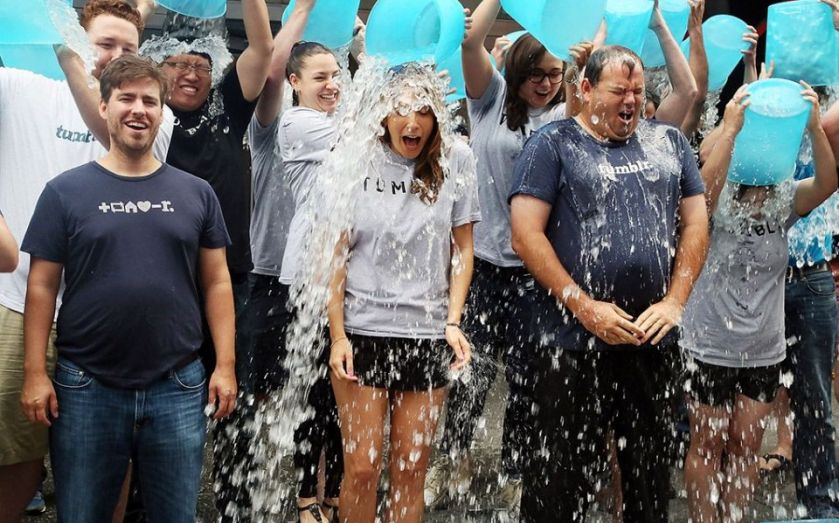 How technology is changing the face of the charitable sector, one bucket of ice at a time.

Go back in time a few months and you’ll see millions of people, including hundreds of the world’s richest, most powerful men and women, drenching themselves with buckets of ice. From Mark Zuckerberg to Bill Gates; Anna Wintour to Oprah Winfrey, it seemed everyone was getting in on the act, and the Ice Bucket Challenge became a global phenomenon. Christiano Ronaldo did it in his pants. Charlie Sheen substituted ice for money. Patrick Stewart simply sipped a whisky and made a donation. All the while, the trend grew exponentially, spreading through social media like wildfire. Facebook reported more than 2.5m ice bucket videos uploaded to its servers, while Instagram had almost 4m.
The concept – pour icy water over your head, nominate others to do the same, donate to the associated charity – has been around for some time, doing the rounds in largely private social networking circles. It became associated with ALS (amyotrophic lateral sclerosis, the US name for Motor Neurone Disease) when US golfer Chris Kennedy was nominated to undergo the challenge. The relatively small charity saw a remarkable spike in donations, receiving almost $100m in August this year, up from $2.7m the year before (The UK MND Association received £2.7m in the same period compared to last year’s £200,000).
Other charities soon got in on the action – to the consternation of some, who accused them of hijacking ALS’s gravy train – and charitable donations across the world saw a spike, the long-tail of which many organisations are still experiencing.
“The Ice Bucket Challenge was a huge benefit to us,” says Chris James, director of external affairs at the Motor Neurone Disease Association. “It’s a relatively rare condition, affecting only around 5,000 people in the UK, so it’s tough to raise awareness. JustGiving’s text donation platform helped a lot – it made donating so simple.
“Our challenge now is to keep that awareness going as long as possible. You can plan social media campaigns but it’s incredibly difficult to predict success on this kind of scale. In a way, the ice bucket challenge was a one-off opportunity – there’s the danger that once the memory of the challenge fades, so will the awareness, so our question is ‘how do we keep that engagement going forward?’” 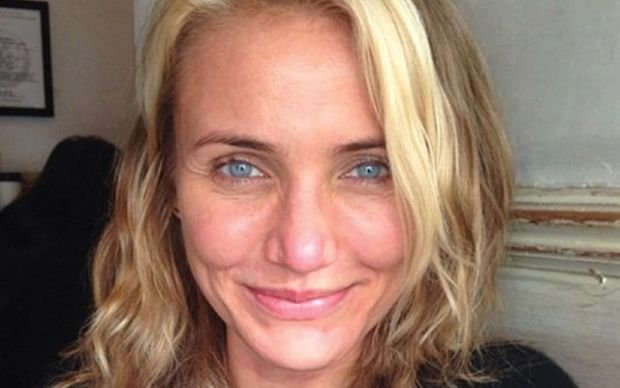 Cameron Diaz poses for her No Make-up Selfie

The ice bucket challenge wasn’t the first such phenomena. All the way back in April – an eon ago in internet time – the No Make-up Selfie was clogging up timelines and news-feeds. The premise was even simpler than the Ice Bucket Challenge: post of photo of yourself online wearing no make-up, nominate others, donate to Cancer Research UK (again, Cancer Research didn’t create the trend). As stars including Gwyneth Paltrow and Holly Willoughby weighed in, the charity raised a staggering £8m in just six days.
Both are examples of a new, digital frontier for the charitable sector. It’s not dissimilar to President Obama’s 2008 election campaign, which also took advantage of social media and micro-donations. In Obama’s case, he overcame a disadvantage in the number of donations by wealthy individuals by mobilising an army of workingclass Americans who donated just a few dollars each. A third of Obama’s war-chest came from donations under $200 – a strategy that also saw the micro-donors become more politically engaged. Facebook and, to a far lesser extent, Twitter were key to Obama’s strategy, with his famous Yes We Can slogan dominating social media for months before and after the election.
Technology’s influence over the sector doesn’t end there; just as digital firms are helping to spread the word and mobilise people, so they are providing the platform to donate, with no cause too great or too small. For every Ice Bucket Challenge or No Make-Up Selfie, there are a million friends and colleagues running 10k for charity, trekking Kilimanjaro, or growing a moustache for Movember. Almost all are accompanied by the plea: “Sponsor me on my JustGiving page”.
More than 10m people now use JustGiving, with over $3bn raised since its launch in 2001. “We’ve developed a highly personalised, social experience to help fundraisers reach more people and raise more money,” says Anne- Marie Huby, co-founder and MD of JustGiving. “Thousands of people are raising money on JustGiving every day – it’s the world’s social platform for giving.”
JustGiving’s 14 year’s worth of data also allows them to fairly accurately pinpoint the charities its users are interested in, and feed them relevant giving opportunities, just as Facebook learns from its users’ behaviour to tailor its content. This “socialisation” of giving is one of the key trends the sector is scrabbling to fully understand, especially in the US, which tends to be several steps ahead of the rest of the world in technological terms.
The digitisation of the charity sector brings a host of other benefits for potential donors. Until recently, people were largely satisfied with a certificate proclaiming they are the adoptive parent of a dolphin – now they increasingly demand to know where exactly their money is going, and why.
A potentially sticky side effect for charities is that, while social media is a great way of attracting donors, these new-wave philanthropists tend to be flighty creatures; just as we’re more prone to switch our electricity provider or current account, so we’re prone to jumping from charity to charity – a 10k run for the WWF, a triathlon for Unicef. Of course, you can read this as a benefit, too: whether you’re a giant of the charity world or a small, nimble organisation, technology is presenting more ways than ever to engage people with your cause.
To donate to the Motor Neurone Disease Association, log onto its website mndassociation.org.
For the full World Charity Index 2014 list take a look at our interactive graphic