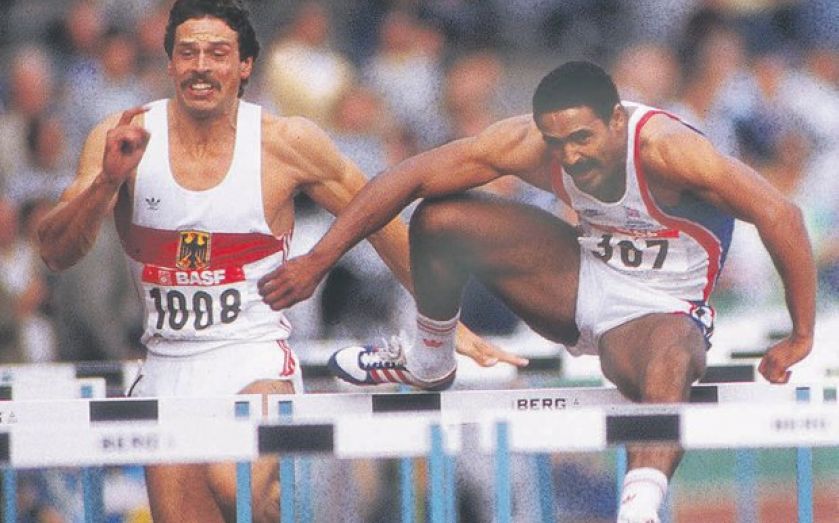 1986: BRITAIN’S Daley Thompson leaves rival Jurgen Hingsen trailing in the 110m hurdles on his way to winning the decathlon at the
European Championships. Thompson won eight decathlon golds in major championships – Hingsen’s four silvers were all behind
him – and held the world record four times, setting his last at the LA Olympics when he eclipsed Hingsen’s score from three months
earlier. With no Thompson, Hingsen blew his chance at the 1988 Olympics when he false started three times. Picture: COLORSPORT