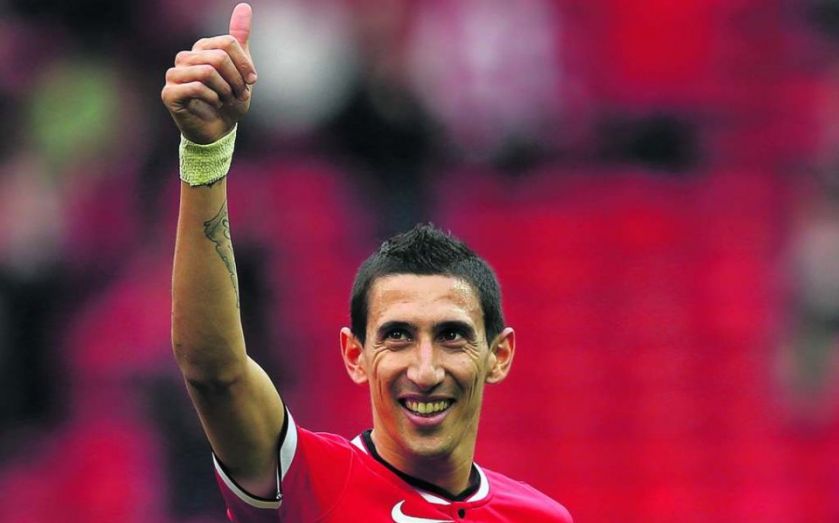 Manchester United are poised to cut their losses on Angel Di Maria by selling Britain’s most expensive player to Paris Saint-Germain for considerably less than they paid under a year ago.
Winger Di Maria, who cost United a record-breaking £59.7m from Real Madrid in late August 2014, was yesterday in the closing stages of completing a £44.3m move to the French club.
The hit taken by United has been softened by a weakened euro. The €63m fee agreed with PSG is just €12m (£8.4m) less than they committed to paying Real in instalments last summer.
But the Premier League giants also shelled out £200,000 per week in wages to the Argentina star, or around £10m since his signing.
Those figures takes United’s total financial hit on a player widely considered to have failed to meet expectations in his brief stay at Old Trafford to just under £20m.
Di Maria, 27, started just 24 games and made a further eight appearances off the bench in his solitary season in the north-west, scoring four goals and setting up a further 12.
Three of those goals came in his first five appearances, as he made a promising start to his United career. But injury and loss of form contributed to his failure to justify a fee almost £10m greater than the previous record, the £50m Chelsea paid Liverpool for Fernando Torres.
He started just once more following his sending off in a home FA Cup defeat to Arsenal in early March.
Speculation over Di Maria’s future increased when he was omitted from United’s pre-season tour and manager Louis van Gaal last week attempted to dodge questions over the former Benfica player’s role in his plans.

ANGEL IN THE NORTH

How Di Maria fared at United