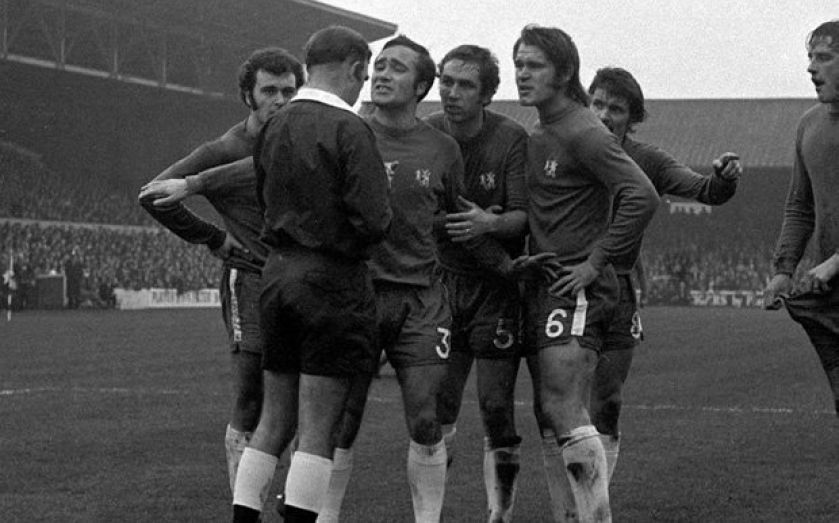 1970: Chelsea skipper Ron “Chopper” Harris goes into the referee’s book, despite the protests of (left to right) Keith Weller (Chelsea’s goal-scorer), Harris himself, Marvin Hinton, David Webb and Charlie Cooke during the 1-1 draw at Nottingham Forest. Harris, one of football’s renowned hardmen of the 60s and 70s, spent almost two decades at Stamford Bridge and his 795 appearances, including 665 in the league, remains a club record. “Chopper” may have been 70 last month, but he remains a popular figure on the after-dinner speaking circuit.