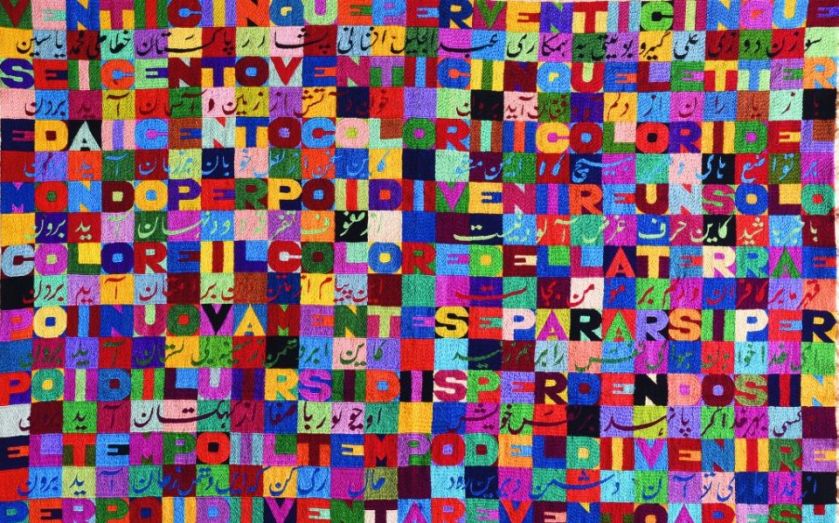 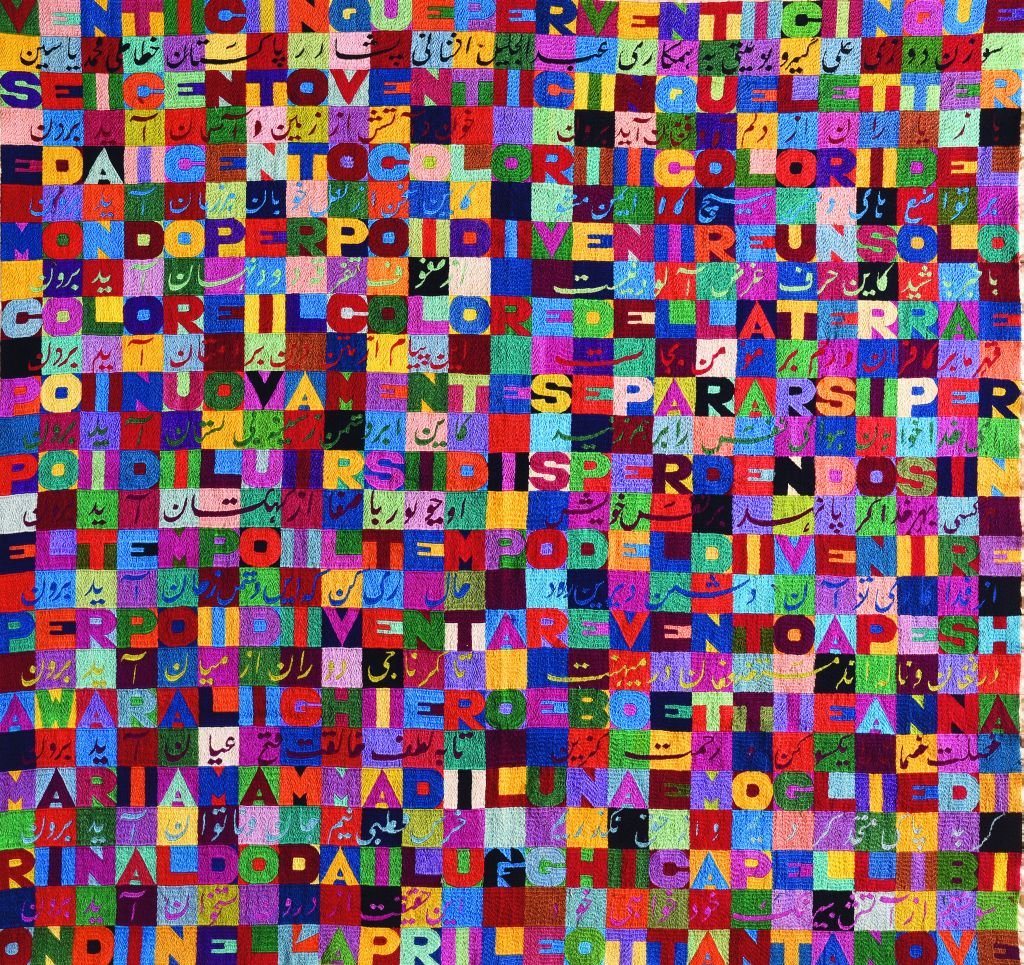 Alighiero Boetti (1940-94) is a refreshing antidote to all the things “conceptual artist” has come to connote: sterility, aloofness, opaque jargon that says too much to say anything at all. While his work is complex and its meaning elusive, no one can accuse him of cowering behind ideas.
To say he was worldly is to hopelessly understate the rings he ran around the planet. Ethiopia, Japan, Guatemala and Afghanistan are just some of the places he lived and worked. At one point, he appeared to inhabit so many places people started believing he was two men. To stand before his works – vast embroidered maps, quilts made of words, letters and symbols – is to experience the world in its cacophonous totality.
This week, an exhibition of work by Boetti opens at Mazzoleni London. Order and Disorder is curated by his long time friend and collaborator Rinaldo Rossi, and offers a rare opportunity to see iconic works including his embroideries and ballpoint pen drawings.
Order and Disorder opens tomorrow at Mazzoleni London, 27 Albemarle Street, London W1S 4HZ