If Las Vegas’ 110-year history was played out over a single day, the first decent restaurant would open shortly before midnight. Vegas went from a mining-boom service town to a mob-ruled vice den to a family holiday destination before Barack Obama’s favourite chef, Wolfgang Puck, opened Spago in 1992. It came as a surprise: prior to this, top chefs had turned their nose up at this city of excess, with its themed casinos, chintzy shows and visitors who seemed content to shovel down bottomless buffets. A Michelin-starred chef opening a restaurant there was a bit like Radiohead accepting a residency at Excalibur.

But times change: today even the most ardent food snob would have to grudgingly count Sin City among the world’s top foodie destinations. Puck has been joined by the likes of Guy Savoy, Pierre Gagnaire, Mario Batali and, of course, France’s Chef of the Century Joël Robuchon (the latter came out of retirement to open his first US venture here in 2006 and it remains Vegas’ only three Michelin-starred restaurant). Casinos scrap to sign up the biggest names in the culinary world, who in turn battle to create the most elaborate – and expensive – menus. And all this from a city whose local produce doesn’t span far beyond cactus and coyote. Here’s our hands-on guide to some of Vegas’ best restaurants.

The dining room in the same restaurant

Joël Roubuchon’s eponymous restaurant is the Strip’s undisputed fine dining heavyweight. If you opt for the 16 course tasting menu – and you really should – don’t expect change out of $1,200 per couple. It really is something special, though. The dining room is hung with chandeliers and draped in rich purples. I ate in an ante-room surrounded on three sides by a living wall; a solitary cricket chirruped throughout our meal, pausing politely for service. The menu stretches the very limits of what can be achieved through the simple combination of ingredients. The presentation is as extravagant as the price suggests: gold leaf tops caviar, which comes on gilt-edged plates. Everything has a foam or a jus or a spectacular mesh of sugar-work. Even the simple becomes sensational: a boiled egg with spinach and cheese sauce was layered in concentric circles of puree and foam, the egg sitting in the centre like an eyeball. Seared black cod with a syrupy pepper sauce and bok choy was perhaps the most perfectly formed morsel I’ve ever consumed. Desserts (plural) were spectacular, including an intense, orchid-topped zabaione and an exquisite collection of petit fours. This is a truly spectacular restaurant, serving food as inventive as you’ll find anywhere in the world. The price borders on the unfathomable, but you’ll still walk away feeling like you got a bargain.

Joël Robuchon isn’t the only Vegas chef to have held three Michelin stars: Guy Savoy also bagged the accolade in 2002 for his eponymous Parisian restaurant. His Caesar’s Palace venture is an oasis of calm amid the noise and lights; the ceilings are high, the lighting neutral and the décor tending towards Eastern minimalism. A fire roars at one end, cancelling out the aircon, which in turn cancels out the blistering heat of the desert (a very Vegas heating concept). The dishes have enigmatic names like “Peas All Around” and “Foie-Gras Bitter Infusion”, although the best were also the most straightforward: artichoke and black truffle soup with mushroom brioche was outstanding, as was beef tenderloin with a light red wine jus. The focus is on simple, bold flavours and clean, block colours. Guy Savoy exudes an understated confidence – it’s the antithesis of the city it’s based in, and sometimes that’s exactly what the doctor ordered. 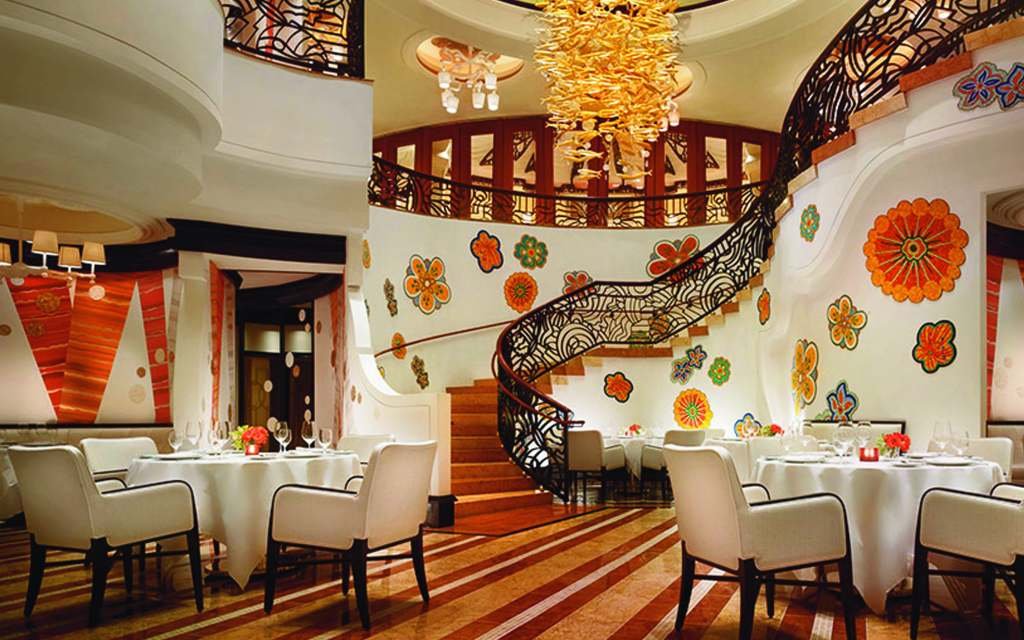 Bartolotta is a Mediterranean fish restaurant. Not Mediterranean-style fish: actually Mediterranean. Tanks of live produce are flown over daily, microchips monitoring them to make sure they’re stored at the optimum temperature (many are rejected and sent back across the Atlantic). Apparently chef Paul Bartolotta gets through 1.5 tonnes of them every day. It must rank among the least sustainable ways of supplying a restaurant, but it does result in fish that tastes far better than a desert has any right to serve. The meaty turbot is to die for and the thick, creamy seafood risotto could be straight from the Ligurian coast. Sautéed clams with tomato, garlic and white wine were on the small side but otherwise excellent. The octopus salad was another highlight. The home-made pasta is also top-notch, especially sheep’s cheese ravioli with pecorino and thick wine glaze. If you’re eating after sunset, ask to be seated outside at the pool-side cabanas, where you can luxuriate in the evening heat as koi carp glide by.

An army of Japanese chefs expertly roll fresh sushi in the largest Nobu in the world. Located at the heart of Caesar’s casino, the dining room has a buzzy atmosphere. The food will be familiar to anyone who’s eaten at the London iterations, and didn’t disappoint. Lobster, marinated in chilli and coriander and served in its shell, was near-perfect, as was the black cod miso. 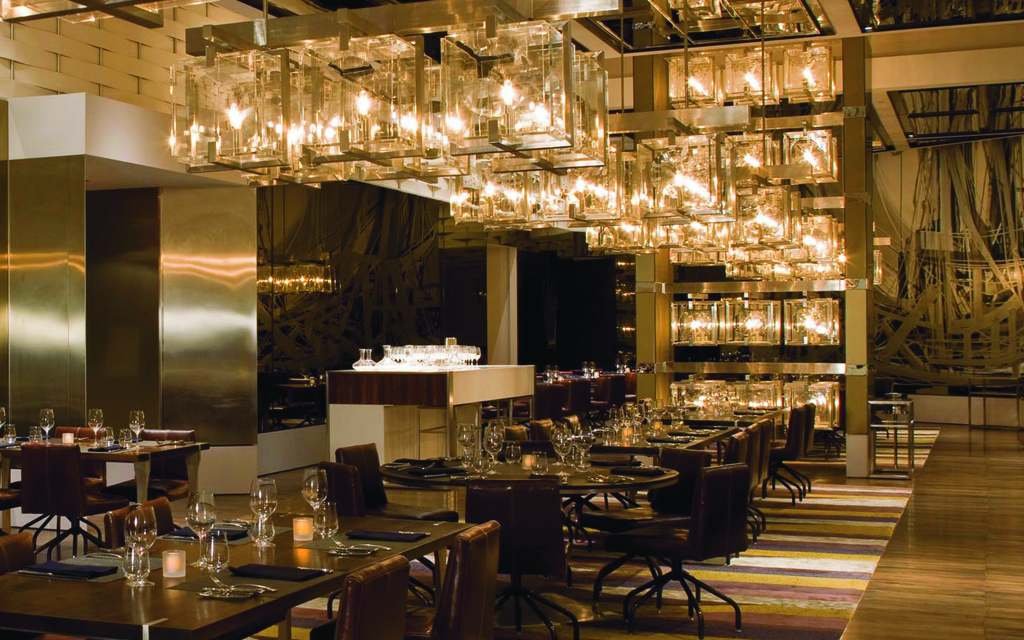 As the man who sparked the Vegas food revolution, Wolfgang Puck deserves a mention here, and Cut makes the cut by virtue of being the only one of his Vegas restaurants I’ve eaten in (I hear Spago, where Puck serves his famous salmon pizza, is very good too). It specialises in very, very good steak; signature dishes include Wagyu beef sliders.

PICASSO AT THE BELLAGIO
Two Michelin starred-restaurant run by Julian Serrano, serving authentic French and Italian fare.
TWIST AT THE MANDARIN ORIENTAL
Pierre Gagnaire’s French restaurant serves some of the best food in town and boasts skyline views.
SAGE AT ARIA
Why not grab some proper American grub, albeit cooked by a true expert in Shawn McClain.
CARNEVINO AT THE PALAZZO
Poster-boy chef Mario Batali specialises in steak at this outstanding Italian restaurant.