Working Lunch: Isabel is as bouji and buzzy as anywhere in Mayfair 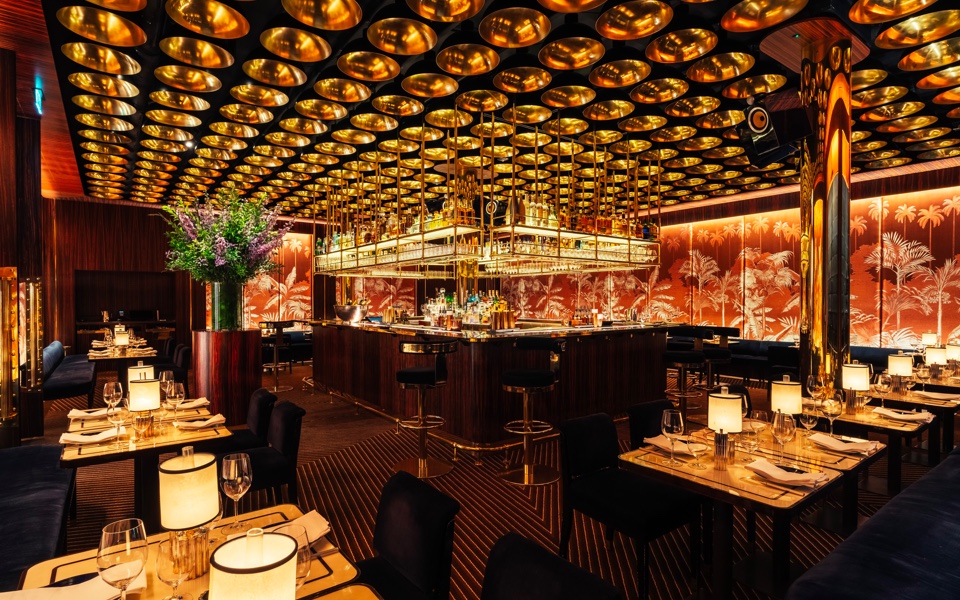 In the decade I have lived in London, I must have walked down Albemarle street a hundred times. And, gun to my head, I would have sworn that Isabel had always been there. Despite opening in 2017, it has the feel of a classic Mayfair restaurant-cum-nightclub, with a neat row of understated outdoor seats giving way to an eye-wateringly expensive art deco interior.

The somewhat oxymoronic phrase “maximalist elegance” springs to mind, with a gilded bar at the centre circled by cosy little tables and offset by powder-pink Asian-ish, Hawaiian-ish printed wallpaper.

Downstairs is a club that maintains the theme – in truth my memory of this part is a little hazy – and the toilets are worth a trip alone: mad, circular pods with different wallpaper in each one. According to Vogue the staff wear uniforms designed by Colombian designer Johanna Ortiz, which kind of sets the scene for what to expect from the clientele.

The menu is Italian with international accents, with an emphasis on fresh pasta – the tagliolini with Devon crab is exceptional, for instance – with the solid line-up of steak hinting at the owner’s South American origins (Juan Santa Cruz is Chilean but lived and worked in Buenos Aires). Elsewhere on the menu, which was developed as a collaboration with chef Tom Straker, you’ll find the usual suspects including beef tartare, sea bass ceviche, pan fried lamb loin and Cotswold chicken breast: nothing that exactly screams “I must eat here immediately” but all solidly prepared.

Presentation is clutch here, and everything from the pasta to the plates are immaculate; even the bottled beer comes in little ice buckets, which I appreciated more than I’d like to admit.

Also Read:
J Sheekey is the perfect place to restart your social calendar

On a Friday night it’s as bouji and buzzy as anywhere in Mayfair: I ended up in conversation with a Swedish millionaire – or was it billionaire? – which continued into the club as the evening grew longer, his father eventually joining the fray, which speaks to the cross generational vibe at Isabel: so long as you have a sizable wedge you’ll fit in just fine. Everything feels reassuringly expensive, which is just as well because it’s literally very expensive, although no more than you would expect from a night out on Albemarle Street.

If you’re on the look-out for a business lunch spot that hits the sweet-spot between intimate and impressive, not to mention being a short stroll from Green Park, then Isabel is your place. And if there’s a chance that lunch may end up being dinner and then dancing, all the better.

• For more information or to book visit the website here.