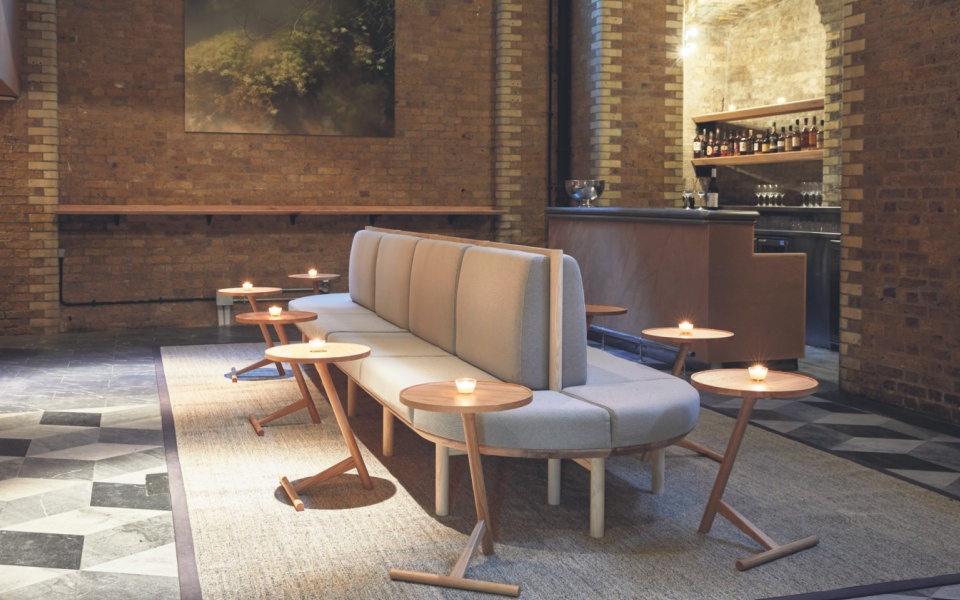 We pick the best places to wine and dine your favourite clients. This week: Wilder at Boundary London, Shoreditch

WHAT IS IT? A new restaurant located in the bowels of Terence Conran’s Boundary London, which also houses Albion and that nice roof-garden you can never get into when it’s sunny. Wilder is located down so many flights of stairs it’s like walking into hell’s very own dining room, if hell were a cross between a Scandinavian furniture shop and a mad florist (there’s also a lift). If that sounds like criticism, it’s not: it’s a fascinating subterranean space, filled with weird nooks and crannies, its ceiling dominated by otherworldly botanical installations that look how I imagine the big bang would have looked, if the big bang had not contained every single atom that ever existed, but just a bunch of shrubbery.

WHO’S RESPONSIBLE? Chef Richard McLellan, previously of Lee Westcott’s Typing Room – which I loved almost as much as I love its successor – is in charge. It’s his first solo restaurant and he’s clearly been paying attention to the prevailing winds of British food culture, with a focus on sustainability and locality and low waste. The veggies come from as close-by as Clapton, and the menu is filled with ingredients that sound either made up or poisonous, things like scurvy grass and wheatgerm and gutweed.

WOW, THAT SOUNDS… Forget how it sounds, it’s a delight from start to finish, if you can forgive the inscrutable menu (rather than call steak tartare “steak tartare” the ingredients are simply listed, leaving the diner to decide if they think it’s steak tartare). The “pig’s head, beremeal toast, walnuts” (a snack, although not labelled as such, this being London’s least user-friendly menu) is a spongy little triumph, the bread made from a little-known Scottish barley called bere. There’s a tangle of “squid tentacles, burnt cucumber”, which fortuitously turns out to be fried  in helium-light tempura batter.

Stand-outs from the middle bit of the menu – starters? – include an egg the colour of a Tuscan sunset in a little pool of chanterelle broth; strips of squid, fermented cabbage and chervil; and a bowl of salsify and potatoes in a rich yeast.

I rounded it off with pheasant with kalibos (it’s a type of cabbage; every dish at Wilder is at least mildly educational), bacon, and red currants. It’s traditional British fare elevated by a frankly ridiculous level of  love and care and attention. This is a restaurant at which ingredients aren’t simply chopped and heated, they are revered, pored over, probably given pet-names. It’s serious food, but also seriously good.

WHAT ABOUT DRINKS? There are decent cocktails, but you should really leave it all to the sommelier – she’s great.

HOW TO BOOK Go to wilderlondon.co.uk