Winning formula: Electric series Formula E continues to evolve at a rapid rate and defy the constraints of traditional motorsport 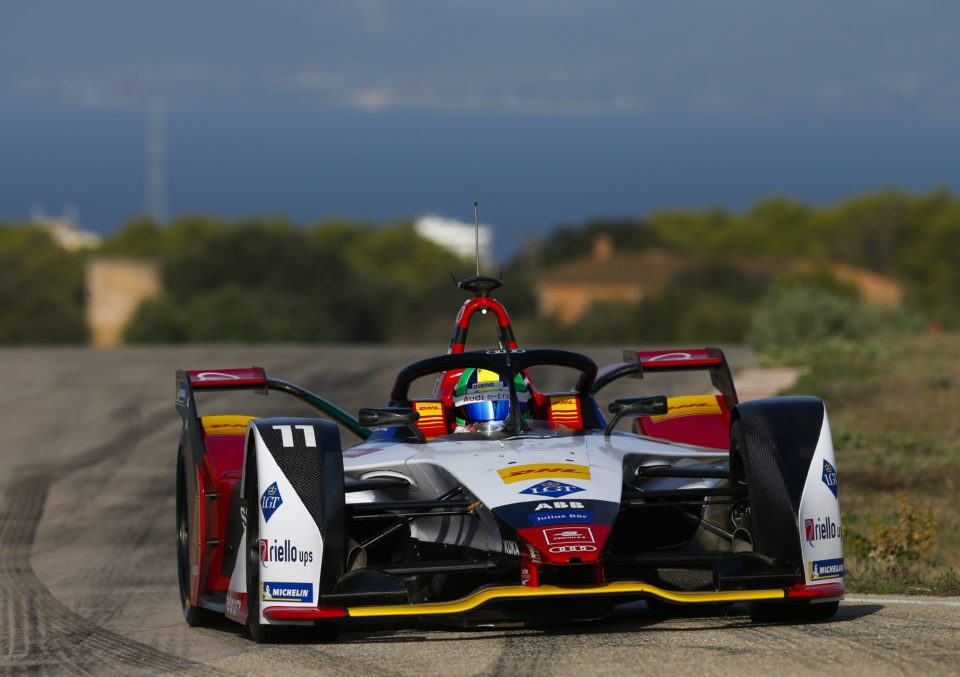 Formula E set out four years ago with the goal of revolutionising racing and pioneering a transition to electric vehicles. As it prepares for its fifth season, which starts on Sunday in Saudi Arabia, the series has continued to evolve at a rapid rate and defy the constraints of traditional motorsport.

This year the series will debut the significantly improved Generation 2 cars, while the sport continues to attract some of the biggest names in racing, with Nissan and BMW joining for 2018-19 as well as ex-Formula One drivers Felipe Massa and Stoffel Vandoorne.

Formula E has also announced a host of new broadcast deals to take the action into more homes, including one with the BBC, a first-of-its-kind with YouTube, and a contract to show every race live on BT Sport.

A key feature of this year’s revamped production is the new Gen2 car, which highlights the advancements made in electric vehicle (EV) technology within a short period.

For the first time, drivers will not have to swap cars mid-race since the new vehicles are able to store twice the amount of energy as their predecessors within the same size battery.

What’s more, the power of the cars has also increased. They have higher top speeds – around 170mph – and accelerate faster as the efficiency of the EV enters a new era.

“When we started, if you drove an electric car very quickly the battery went down and we would’ve had very short races,” Formula E’s media and business development director, Ali Russell, tells City A.M.

“But the development and technology in just four seasons has allowed us to improve the efficiency of the electric motor and improve the energy levels and energy density in the batteries.”

New and improved cars are not the only change to the series for season five. This year will see the introduction of “attack mode”, which allows drivers access to extra power, from 200kW to 225kW, for a period of four laps, twice a race.

The catch is that they have to go off the racing line to activate the boost and therefore risk losing time or position – an idea implemented to keep jeopardy in the sport and engage a younger demographic of fan.

“We had a race swap before which was very engaging. Drivers had to get from A car to B car and there were problems, but we’ve lost that jeopardy,” Russell says.

“We looked at traditional ways to replace that. Do we do tyre changes, do we look at other formats? We thought it’s not in keeping with who we are; we are a very futuristic motor series and we wanted to come up with something that had our own DNA.

“Sport is no longer competing with just sport, it’s competing with entertainment and we’re trying to create a sport, which is right for the next generation.”

Virgin Racing driver Sam Bird, a mainstay of the series since its inception, likens attack mode to the DRS system used in Formula One and insists that it will only add a tactical element rather than take away from driver ability.

“It will be like a game of chess, while driving at 170mph,” he says. “DRS is similar. The fact that everybody has the same opportunity, I still believe the best driver on the day will win the race.”

Innovations mean little without an audience, however. This season championship will be shown across several platforms in the UK including a YouTube show hosted by influencers such as KSI, as well as on the BBC’s iPlayer and red button services, with one race to be shown live on BBC Two. It will also be available behind paywalls, with all races to be shown on BT Sport and Eurosport, although Formula E chiefs are conscious of maximising reach.

“We’re trying to target people that are into sport but also the broader community that might not have heard of Formula E, and we want to keep in front of paywalls wherever possible,” Russell adds.

“We’ve got a format that’s a race all on one day, so we talk about this being right for the Snapchat generation that maybe don’t have the attention spans. The race itself is only 45 minutes, so it’s very consumable.”

This season feels like something of a relaunch for the series as it strives to make EVs “sexier”, in Russell’s words.

The intense and competitive racing is the primary way to do that but the cars' new ability to hit speeds of 170mph and not need charging for the entire race will go a long way to improving the EV's image.

“It’s important for the key message as a series,” says Bird. “We are promoting the improvement of the EV’s technology and what better way of doing that then showcasing how we’ve doubled the technology in the cars in the past five years?”

The environmentally friendly message is one of the key reasons for races being hosted across some of the world’s major cities, such as Hong Kong, New York and Paris – although there has been no London race since 2015-16. During a time when traffic and pollution plagues big cities, Formula E offers an attractive vision of an alternative future.

It’s a prospect that has attracted a number of manufacturers, including some of the biggest in the world, with two more heavyweights in Mercedes and Porsche set to join the championship from next season.

At its heart, then, the sport provides an opportunity for manufacturers to enhance their reputation as an EV brand while developing technology that can help them be a key player in a significant and emerging market.

“It’s massively important as a development platform,” says Nissan's head of motorsport, Michael Carcamo. “Nissan’s approach is a little different because we came at it from first producing electric cars. We took a lot of that learning in our development process of the FE car and then we hope to accelerate some of that learning during the racing to go back into the road car development, so we really do see it as a two-way cycle.”

It hasn’t all been a smooth ride. Formula E’s most recent accounts, for the year ending July 2017, reported losses of €21m. That was an improvement on the €35m loss of the previous 12 months, though, and developments in the race format, vehicles and broadcast contracts also point to a healthier future.

While Formula One remains the pinnacle of single-seater racing, the continued evolution of Formula E suggests the two will have to learn to coexist.