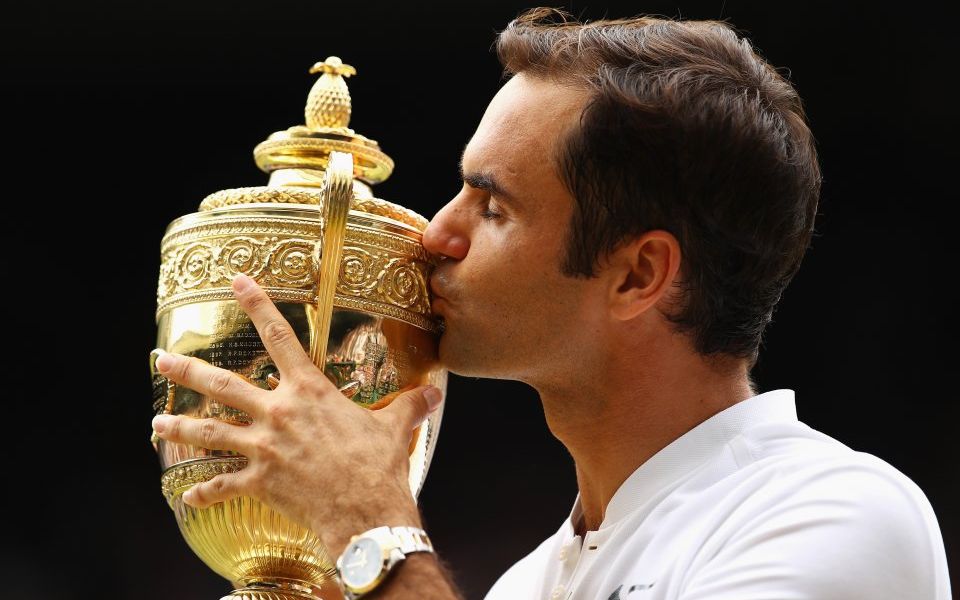 Roger Federer and Rafael Nadal have a stranglehold on men’s tennis.

It’s not the first time the two greats of the game have combined to monopolise the grand slams, but with those two legends aged 36 and 32 respectively some might have expected their superpowers to be on the wane.

They’re not. Federer and Nadal have shared the last six Majors to take their personal tally up to 20 and 17 titles each. The two sit at the top of the pile, clear of Pete Sampras in third and with a healthy buffer to Novak Djokovic on 12.

Since Stan Wawrinka won the 2016 US Open nobody has been able to upset the apple cart. Federer has won two Australian Opens, Nadal has won two French Opens, with the 2017 Wimbledon and US Open titles shared out. It’s been business as usual.

Winning a grand slam singles title is, of course, extremely difficult. Djokovic, Wawrinka, Andy Murray and Marin Cilic are the only other players to achieve the feat since Juan Martin del Potro won the US Open in 2009.

However, injuries have not been kind to the other contenders. Wawrinka (knee), Djokovic (elbow) and Murray (hip) – all beyond the age of 30 – have been forced to deal with serious problems over the last year.

So Wimbledon starting tomorrow and with previous grand slam winners in various stages of recovery, the obvious question is: can anyone challenge Federer and Nadal?

As ever there is a great deal of talent within the world top 20, but can anyone make the very difficult step up? 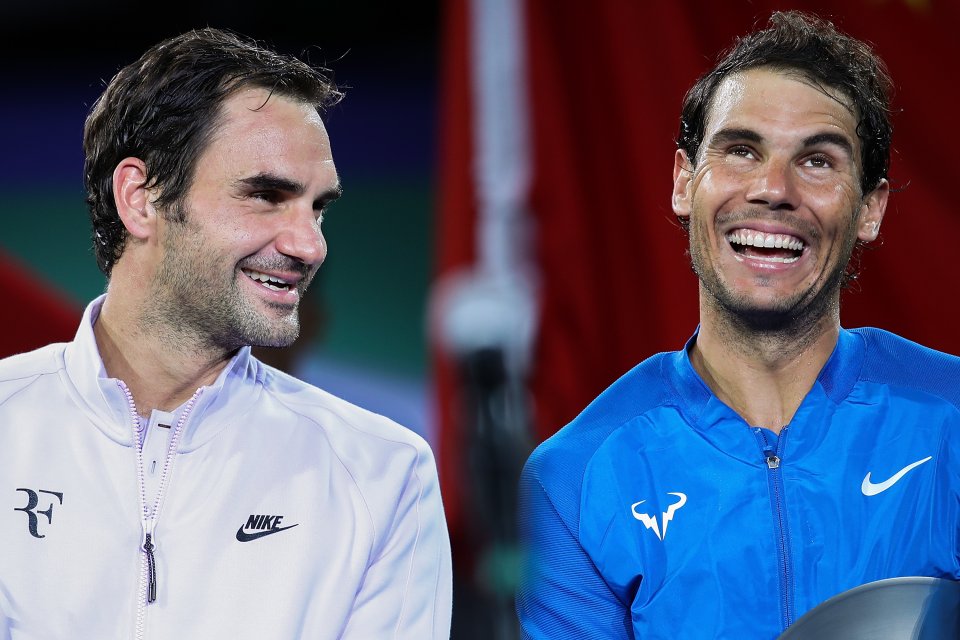 Just earning the opportunity for a shot at a grand slam is tricky enough. Since the 2010 edition of Wimbledon, only six players other than those previously mentioned have got to a slam final. Each and every one of them lost in straight sets – four of them to the relentless Nadal.

It’s not all doom and gloom for the next generation though. There are signs of life. In the last year Federer and Nadal have at least been beating different people in the finals: Cilic and Wawrinka have been joined in claiming second prize by Dominic Thiem and Kevin Anderson.

Tennis is won by fine margins. The difference between undisputed greatness and also-ran is tiny. Judged by singular statistics, Federer and Nadal are not far ahead of the rest, but their all-round game and experience weighs heavy.

For example, Federer and Nadal have both won 55 per cent of their total points played over the last year; Djokovic is on 54, Murray 53 and the rest of the challengers 52 and 51.

But when it comes to sets won, Federer and Nadal are streets ahead: on 80 and 83 per cent respectively, while the next closest, Djokovic, sits on 71.

So how can we tell who’s closest to the top? The men’s ATP rankings have world No1 Nadal and No2 Federer sitting way above the rest. Next comes Alexander Zverev, Del Potro, Cilic, Grigor Dimitrov, Thiem, Anderson, David Goffin and John Isner.

Zverev is an interesting case. The 21-year-old German has claimed third spot and a fourth seeding at Wimbledon despite never having made it past the quarter-finals of a grand slam. 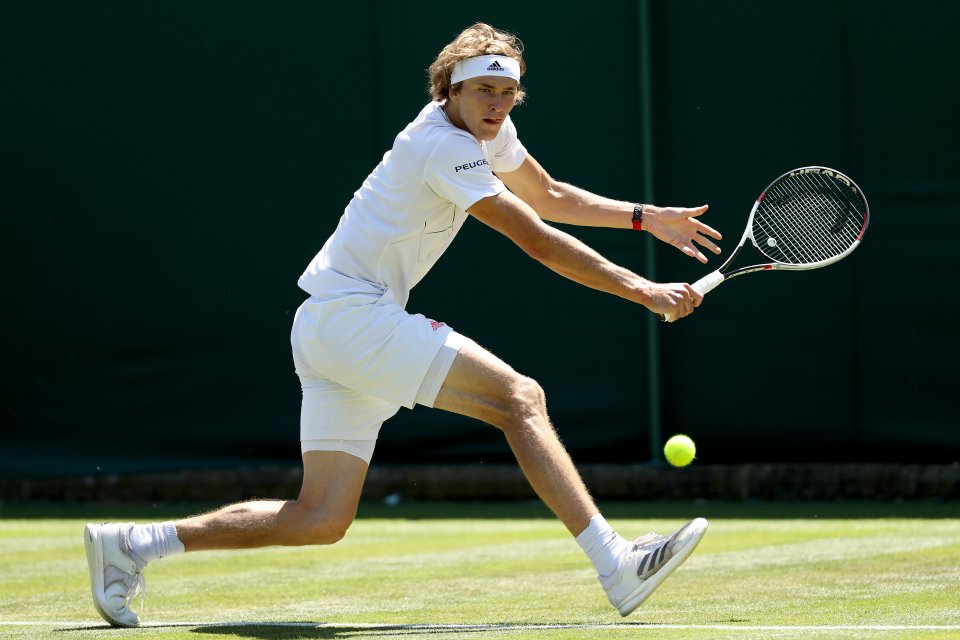 He is 6ft 6in and has a wicked backhand, but prefers a clay court to grass. Nadal has been suitably impressed.

“It’s impossible to not have a great result in a grand slam when you have the level that he has,” the Spaniard said after beating Zverev at Rome in May. “It’s just [a matter of] time.”

He’s certainly going about it the right way. Before losing in Rome to the master of clay, Zverev beat Thiem to claim the Madrid Open title and pick up a very encouraging statistic. The victory was his third Masters 1000 title – more than any other active player, bar the Big Four of Federer, Nadal, Djokovic and Murray.

The performances on the biggest stage may be lacking from the German, but his age and relative inexperience means Nadal’s prediction may prove to be spot on in time.

A good indicator of who comes next is the Elo rating – a statistic developed to take into account the strength of opponent and relative difficulty of any match. A 2016 paper entitled “Searching for the GOAT of tennis win prediction” found that stats website FiveThirtyEight’s Elo approach was the most accurate in predicting performance, ahead of official rankings.

Therefore the fact that Dimitrov, Del Potro and Nick Kyrgios are the closest to Nadal and Federer – and some way ahead of the rest – in terms of opponent Elo rating over the last year suggests they are the closest to disrupting their reign.

Dimitrov’s free-hitting style saw him win the ATP World Tour final in November, while Del Potro, a veteran of many marathon matches, has re-emerged in the last few years and Kyrgios has the raw talent to beat any player on his day.

Bulgaria’s Dimitrov won four titles in 2017 and should not be discounted, but of the three he feels the least likely to challenge.

Del Potro, meanwhile, won his sole grand slam at the 2009 US Open, aged just 20. This year he has been resurgent, getting to the semi-finals of the French Open on clay – his worst surface – while also becoming one of just three people to beat Federer.

Despite undergoing wrist surgery, the Argentine has the artistry, fitness – shown by his near five-hour Wimbledon semi-final loss to Djokovic in 2013 – and artillery to trouble anyone. His 6ft 6in frame packs a punch and his serving statistics in the last year are only behind the renowned big servers.

“I know how close I am to them [Federer and Nadal], but at the same time I feel very far,” Del Potro told BBC Sport last week. 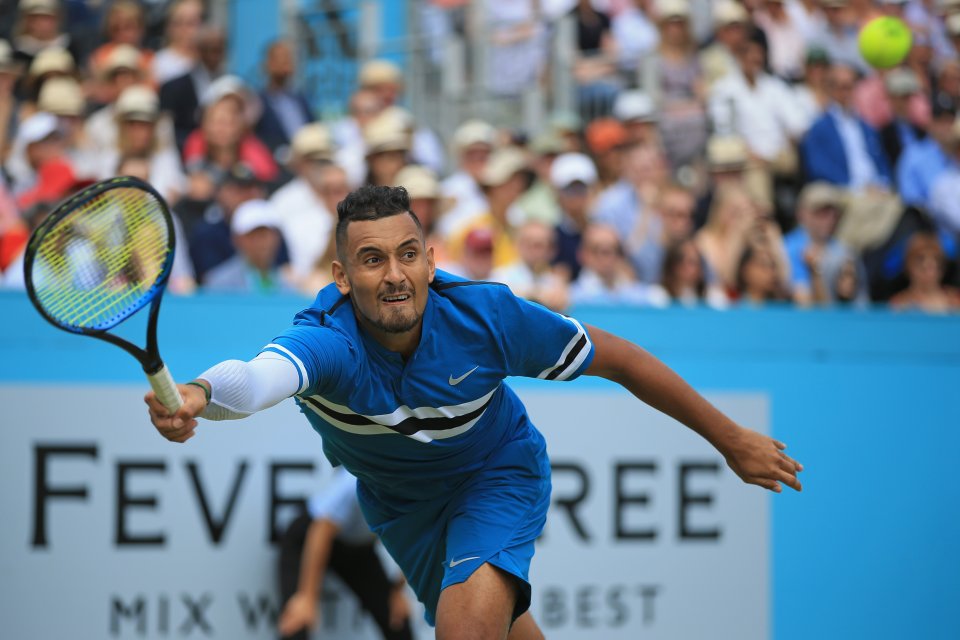 Nick Kyrgios has recovered from injury and is in good form on grass (Source: Getty)

Kyrgios, as everyone including himself knows, is perhaps the most naturally talented player on the circuit. The Australian has the lot and when he’s on song he’s like a whirlwind; he has beaten every one of the Big Four at least once.

After recovering from an elbow injury the Australian has enjoyed a good grass season so far, reaching the semi-finals at Stuttgart and Queen’s.

“I’m expecting to do well at Wimbledon.” he wrote for the Players’ Voice on Thursday. “I’ll be putting pressure on myself, like I always do, but with a slightly different mindset having missed out so much this year.”

If his mindset is right, then an impressive showing at Wimbledon could follow.

Finally, another man who cannot be discounted is Cilic. Unlike most, the Croatian has a grand slam title to his name – the 2014 US Open – and has featured in two of the last four grand slam finals, losing to Federer at last year’s Wimbledon and at this year’s Australian Open.

He comes to SW19 in fine form, having beaten Djokovic at Queen’s to take the title. That’s a good omen: both Nadal and Murray have won Wimbledon after triumphing at its preceding tournament.

The challengers are ready. The problem is that those on the throne are as good as ever.