Why are female founders being shortchanged by venture capital investors? 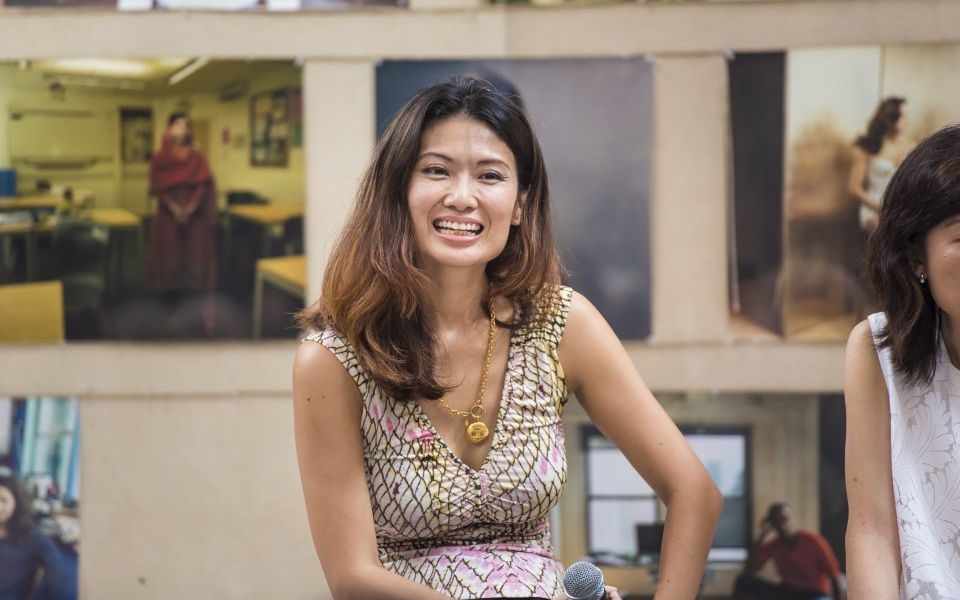 When the British Business Bank published the first ever report on UK venture capital and female founders on Monday, the insights that surfaced were shocking, but quite frankly unsurprising.

To give you an idea of how dire the situation is, of the £5.6bn invested by the UK VC sector in 2017, only £56m (less than one per cent) went to solely female-founded businesses. Mixed gender teams fared slightly better, with £560m – but all the rest goes to the boys. Firms with all-male founding teams attracted an estimated £5bn.

In 2019, how is it that female entrepreneurs are still literally only worth pennies to the pound? And how do we fix this exceptional imbalance?

I’m not the only one who is frustrated.

“I remember when, five years ago, I found out that only five per cent of all VC investments go to women, I was shocked and scandalised,” says Marta Krupinska, a serial entrepreneur who co-founded Azimo.

“When are we going to talk about actionable strategies that help change the status quo?”

So let’s explore what we need to do to start smashing these barriers. Does it start with education and encouragement about “taking the leap of faith”?

Karen Slatford, chair of European VC Draper Esprit, believes that change can happen if we get more women to set up businesses. “I just think, for starters, there are a lot fewer women in tech and fewer women start their own businesses in the space we look at,” she says.

“I think this goes right back to education – if we don’t get women into tech and make it more relevant, we just won’t get female tech entrepreneurs.”

“Too few women make the decision to go down the risky path of entrepreneurship, for many reasons. They are less likely than men to have experience in crucial areas such as tech or finance, many fear it might not be compatible with a family, and others just aren’t as motivated as men to try and build something that could be worth millions. But when I think about the female founders I’ve met, I would say that they are absolutely brilliant and extremely driven.”

Alternatively, does it start with opening doors for existing female-founded businesses and women in digital? Janet Coyle, director of trade, growth and investment at London & Partners (the mayor of London’s promotional organisation), certainly thinks so.

“We have been running female founder trade missions since 2014, predominantly to Silicon Valley but more recently to Paris and to New York,” she tells me. “The aim is to provide a safe environment to help female founders build new networks, seek investment, and learn from inspirational leaders who have successfully scaled businesses and built their tribes.

“The benefits are far reaching – from learning tips on scaling to building a strong support network that continues way beyond the mission itself.

“One great success came from the first mission. Brynne Herbert, founder of Move Guides (now called Topia), was raising finance on the trip and subsequently went on to raise over $100m in the US. More recently, Eporta founder Aneeqa Khan secured $8m in a US-led funding round within a few months of the trip.”

Many men I’ve spoken to about this are also proactively on the case to address this imbalance.

“We’ve witnessed first-hand what an important contribution women have to play in the innovation space, with 60 per cent of our venture investments last year being led by female founders, and women making up half of our technology and innovation advisory committee,” says Jonathan Tudor, technology and strategy director at Centrica Innovations.

“As well as being a better bet financially, I believe that greater diversity will ultimately deliver better solutions for our customers.”

“The under-representation of women and other minority groups in the digital technology sector is a trap which could, if we let it, undermine the sector’s potential to boost our economy,” he warns.

“If we are to be one of the leading tech nations in the world, we can’t afford to ignore half of the population.”

That’s all focused on the female entrepreneurs themselves, but do we need to encourage a change in the way that investors assess prospective opportunities, whether by encouraging bias training or by other means?

The answer is a resounding yes.

A 2017 article in the Harvard Business Review analysed the video transcriptions of Q&A sessions which showed venture capitalists posing different types of questions to male and female entrepreneurs.

Investors also adopted what was called a “promotion orientation” when quizzing male entrepreneurs, focusing on hopes, achievements, advancement, and ideals. Conversely, when questioning women they embraced a “prevention orientation”, concerned with safety, responsibility, security, and vigilance.

Clearly, there is some truth to Krupinska’s claim that, from primary school through to first jobs to investment rounds, there’s a vicious cycle of “raising boys to be brave and girls to be perfect”.

This is not to say that all venture capitalists are deliberately sexist. But when all the people in the room have similar backgrounds, it is inevitable that some form of bias creeps through.

And there are other issues. Venture capitalists have ambitious criteria for scaling up companies, and many female-founded businesses are simply not yet meeting the growth metrics required for big funding rounds.

Sylvia Carrasco, founder and chief executive of the gold-trading mobile app Goldex, is hungry for change.

“Knowing that my company is paying a high toll to have me at the helm has made me question whether I should appoint a male chief executive and take a side line. I’ve decided to remain, knowing that this translates to working 10 times harder to raise money.

“Why? Because I owe it to myself, and because I want to change perceptions and demonstrate that being a woman should not be considered a ‘mistake’ when founding a tech company.”

So what’s the secret of the women who are successfully raising funding?

Support and advice is key, according to Streetbees chief executive Tugce Bulut.

“As a company which has successfully raised close to £20m in this ecosystem, I’m sure that people assume it’s because we consistently execute on our mission and our vision. And we do, but we’ve also had a huge amount of help.

“Our early investors unlocked a lot of doors that might have otherwise stayed shut, and the advice, mentoring, connections and guidance that resulted from those relationships really helped.

“Those within the tech sector must take responsibility and help nurture the next generation of female entrepreneurs so that they can find their way through the VC jungle.”

None of this surprises me. I myself have experienced the same bias over the years, but it hasn’t held me back, and I’ve made it a point to continue to break barriers by sitting on the advisory boards of female-founded businesses, mentoring the next generation of women, and calling people out.

We know that we can proactively change the landscape: with education and encouragement, and by opening doors, confronting bias, and making connections. It’s 2019 – let’s sort this out once and for all.