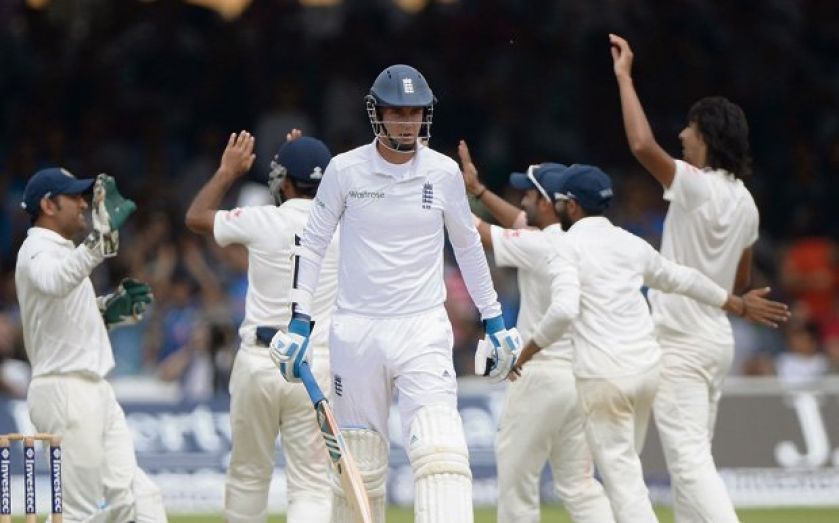 ENGLAND skipper Alastair Cook insists the expected availability of seamer Stuart Broad for the fifth Test against India at the Oval means he will again be able to call upon two of the best new-ball exponents in world cricket.

Broad took part in England’s training session yesterday sporting a splint on his nose, which was broken by Varun Aaron’s bouncer during the fourth Test at Old Trafford, and may yet wear a protective mask once play gets underway today.

With James Anderson on the cusp of beating Sir Ian Botham’s record of 383 Test wickets – he requires a further eight – together with Broad’s 261 victims, Cook believes England are the envy of many sides given the bowling power at their disposal.

“You don’t get a partnership like they have without being a world class bowler,” said Cook. “They have taken over 500 wickets together and any captain would want those two in the team.

“It’s great news for us that Broady has come through that blow. He likes performing in the big games and this is another big game for us.”

After the doom and gloom brought on after India secured a series lead at Lord’s in the second Test, which extended England’s losing streak to a 10th match, the balance was redressed with resounding victories in Southampton and Manchester to establish an unassailable 2-1 lead.

But despite a draw being sufficient to secure a first series win since last summer’s Ashes success on home soil, Cook is adamant his side must harness the winning mentality and end the series on a high.

“Our aim now is to finish India off in style,” added Cook. “There is a game to win and we have to use that in isolation and not think if we survive this we win the series.”