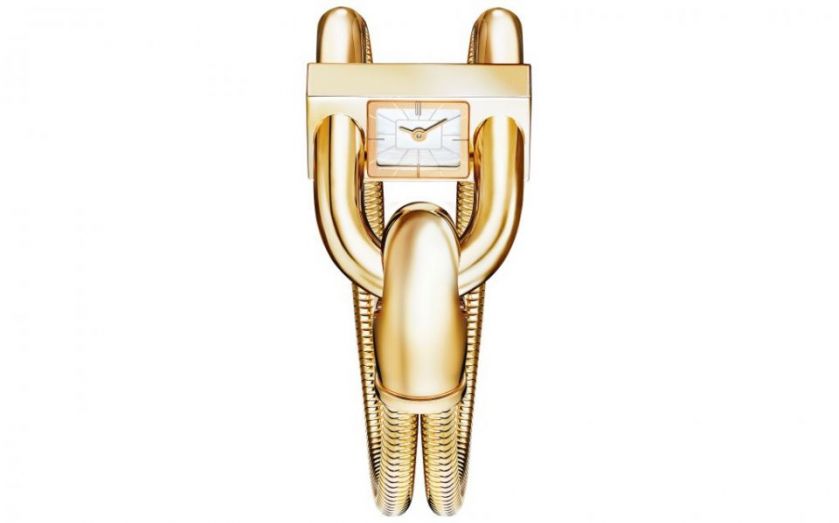 Every January specially invited watch journalists decamp to Geneva’s Palexpo – a great, industrial box next to a motorway – to be shown watches that cost more than many of their flats in an unrelentingly beige luxury bubble. This is SIHH, where Richemont’s brands (and a few select “friends”) assemble to set out their stall to the world’s press; a guide to where watch brands are heading and what they think the public is about to get excited about.

For an overwhelming majority, 2015 is most certainly “the year of the woman” (for the rest it’s the year of the sheep, but that’s another story).If you’re the kind of woman who admires old-school icons of strong femininity such as Jackie O and Wallis Simpson, then look no further than Piaget or Van Cleef & Arpels. The latter previewed its gorgeous Cadenas (pictured), which was originally worn by Ms Simpson in the 1930s – it even had a purchase order from King Edward as proof – while Piaget had resurrected an ovalshaped dial design that was favoured by America’s former First Lady.

If whimsical beauty is more your style, there were exquisite moonphases from Jaeger-LeCoultre or skeleton dials entwined with ivy leaves made from precious stones at Roger Dubuis.

Vacheron Constantin’s Harmony collection, based on a 1928 reference, was the talk of the fair. With its cushion-shaped case and beautifully balanced subdials, that wasn’t surprising. What was, however, was that these chronographs weren’t just for men; there was also a really cool-looking chronograph for women – a Vacheron first.

Also chalking up female firsts were Baume & Mercier and Lange & Sohne. Proving that the Promesse wasn’t just a fluke, Baume & Mercier has revamped its Classima range. This clean-lined, simple design has been part of the brand’s family since the 1970s but this time it had models for women, which included a rather desirable bi-colour version that didn’t look like a 1980s throwback. Now that’s progress.

Progress had also been made at Lange and Sohne. As anyone who has seen the Little Saxonia will attest, women’s watches were not its strong suit.

So you can imagine how thrilled every woman at the SIHH presentation was when Lange revealed it has made its super-sophisticated handwound Saxonia in a 35mm version.

Women are a potential goldmine for the watch industry; suddenly everyone seems eager to cash in.