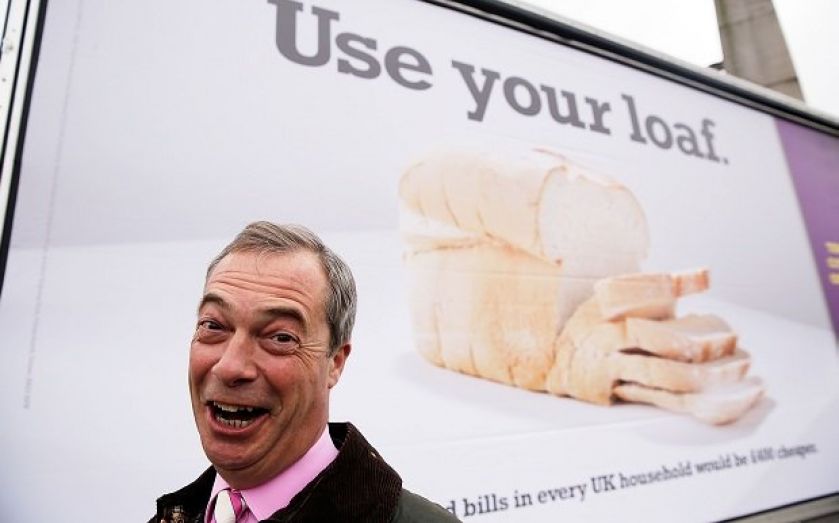 Ukip has had a great year in terms of forging ahead as a political party of real repute – but troubles over eccentric comments made by its candidates and councillors have also been coming thick and fast.

As all parties gear up for next year's general election, said to be the most unpredictable in a generation, Ukip will want to keep the headlines on its vote-winning issues of immigration and Europe.

The last thing the party will want is to be dogged by controversial comments over race and homosexuality and have the beginning of the year peppered by much-publicised resignations and expulsions.

On that note, let's reflect on some of the things Ukip activists' may want to forget about from 2014.

In what became an unforgettable bit of political theatre in the early part of the year, Ukip suspended Oxfordshire councillor David Silvester after he laid the blame for Britain's floods squarely at the government's door. The former Tory, who defected to Ukip, argued the floods were thanks to the government's temerity in challenging the gospel and legalising gay marriage.

Another former Tory turned Ukip councillor was recently expelled from for allegedly bringing the party into disrepute. Rozanne Duncan, a councillor in South Thanet, was sacked for making "jaw dropping" comments on TV interview that has yet to be aired. Ukip's latest sacking would, of course, have to be a councillor serving in non-other than constituency Nigel Farage hopes to win next year.

Kerry Smith, Ukip's former candidate for South Basildon and East Thurrock, was forced to step down after making a series of offensive remarks. Smith referred to Chinese women as "chinky" and gay Ukip activists as "poofters". Speaking on LBC last week, Nigel Farage said Smith's departure saddened him and that he was a "council house boy from the east end of London" and a "rough diamond".

In May, Ukip achieved significant gains in the local elections which will prove valuable as a base for electing Ukip MPs. However, a mere six days after the results, newly elected councillor Dave Small was sacked for racist and homophobic comments that brought the party into disrepute.

In July, Jake Baynes, Ukip's former parliamentary candidate for Wells resigned after claiming his constituency party was being infiltrated by the occult. A former teacher Baynes said:

I do think if someone is saying you are in touch with the angelic realms I have to call into question their judgment.

Everyone's got their different beliefs. It's not for me to belittle anyone's beliefs. People have different views. But if Ukip is trying to shake off this fruitcake image thing, we're not doing a good job of it.