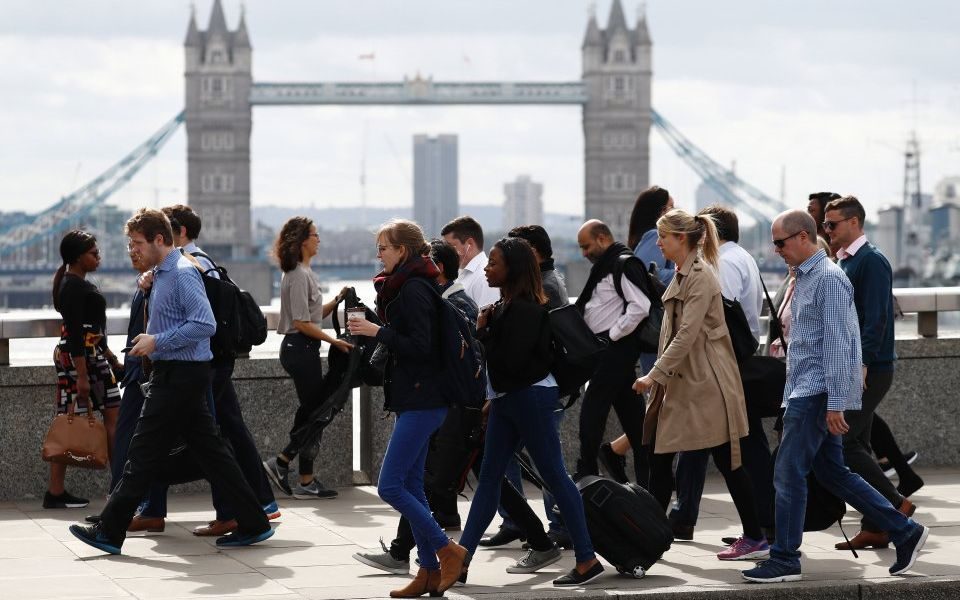 Employees received a bumper pay rise in the three months to the end of August, data from the Office for National Statistics (ONS) revealed today, showing wages have grown at their fastest rate since the financial crisis.

However, inflation ate into the salary bumps, cutting wage growth in real terms back to 0.7 per cent excluding bonuses, or 0.4 per cent including bonuses.

That saw staff earn weekly wages of £462 before tax accounting for inflation, up from £459 a week a year earlier.

The ONS said that weekly wages are still £11 below the pre-financial crisis peak of £473 per week in March 2008.

“We should not get too far ahead of ourselves," Chorley added. "Rising wages are welcome, but they are still only fractionally above inflation despite a tight labour market. Normally a shortage of available workers to fill positions would have been expected to push up wages before now.

“Looking at the knock-on benefits for businesses, the high street has come under pressure from a multitude of competing pressures in recent times. Pay running above inflation means consumer spending power receives a small boost, so at the margins this should provide a simultaneous benefit for the economy in terms of consumption growth."

“The news has raised hopes that the lowest unemployment figures for four decades are finally feeding through into higher pay," she added. "This is fuelling optimism that people will feel more confident about spending, which in turn could push dwindling retail spending higher, and raise the current low growth expectations."

The wage growth came as UK unemployment stayed at its lowest level since the mid-1970s over summer.

Employment figures between June and August stood at 32.4m, a year-on-year increase of 289,000 to account for 75.5 per cent of the population.

Britain’s unemployment rate stood at four per cent, its lowest since early 1975, equivalent to 1.36m people looking for work.

Read more: DUP will vote down Budget if Theresa May compromises in Brexit talks

However, the number of working age people not seeking jobs or not available to work increased, according to the ONS’s Labour Force Survey.

ONS head of labour market David Freeman said: “People’s regular monthly wage packets grew at their strongest rate in almost a decade but, allowing for inflation, the growth was much more subdued.

“The number of people in work remained at a near record high, while the unemployment rate was at its lowest since the mid-1970s.

“However, there was a notable uptick in the number of people who were neither working nor looking for a job, particularly among students.”