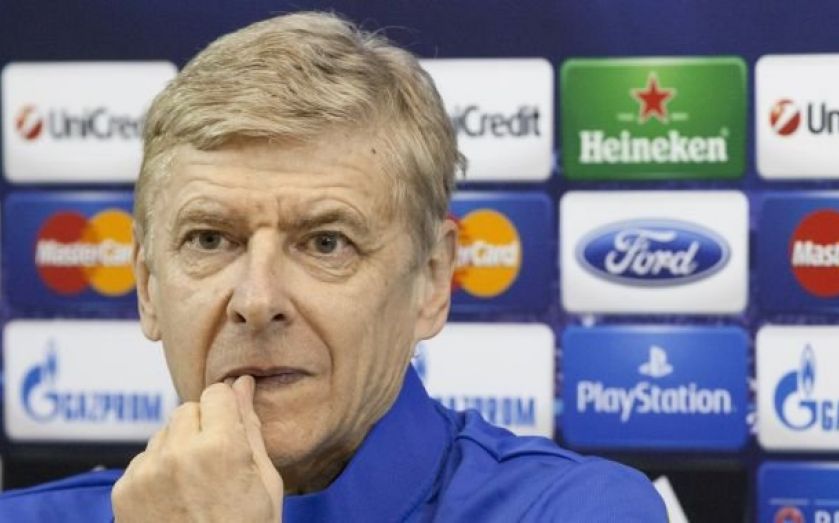 The Champions League is about to start living up to its name.
From next season onwards, the top seeds for the Champions League draw will all be exactly that – champions, so said Uefa general secretary Gianni Infantino said today.
The eight teams in pot one for the group stage draw will be made up of the European champions and the winners of the top seven ranked leagues in Uefa’s coefficient.
For Arsenal, the rule change could possibly spell the end of a privilege the club has enjoyed for a number of seasons – but for Manchester City, the shift is three seasons too late.
Despite not having been English champions for a decade, Arsene Wenger’s teams have enjoyed the privilege of being a top seed in the Champions League group stage draw for each of the last five seasons.
In contrast Manchester City, who have won the Premier League twice in the last three seasons, have been placed in pot two twice and pot three once.
City have subsequently found themselves in difficult groups up against sides such as Napoli, Bayern Munich, Borussia Dortmund and Real Madrid. Meanwhile Arsenal have often found themselves in apparently more accommodating groups, only to be eliminated at the first knockout stage for four seasons in a row.
The sentiment was summed up well by Infantino who said at the Leaders in Sport summit today that “people have difficulties in understanding how the champion of a country is in a lower pot than the third ranked in that country”.
As Uefa’s coefficient rankings stand, pot one next season will be made up of the champions from Spain, England, Germany, Italy, Portugal, France and Russia. However, that is subject to change depending on how sides perform in this season’s competition.
Yet what a rule change would guarantee is a wider diversity of European leagues afforded a top seed in the competition. In the last two seasons just four leagues (England, Germany, Portugal and Spain) have appeared in pot one, whereas in the three seasons before that it was five (add Italy).
If Infantino’s proposed new rule had been in place over that same time period, teams from Russia, the Netherlands and France would have been afforded top seed status and potentially a more-favourable draw.
Where top European champions have been seeded: | Create Infographics
In fact, of all the teams who have been champions of a league ranked in the top seven in Europe, less than half have been placed into pot one for the group stage draw.
19 of 35 have been spread across pots two, three and four. On four occasions champions of Europe's top leagues have been afforded the bottom seed – FC Twente in 2010, Borussia Dortmund in 2011, and Dortmund again along with Montpellier in 2012.
Furthermore, the average position of sides in pot one over the last five years is actually 2nd. In 2012, just two sides in the pot had won their respective league that year.