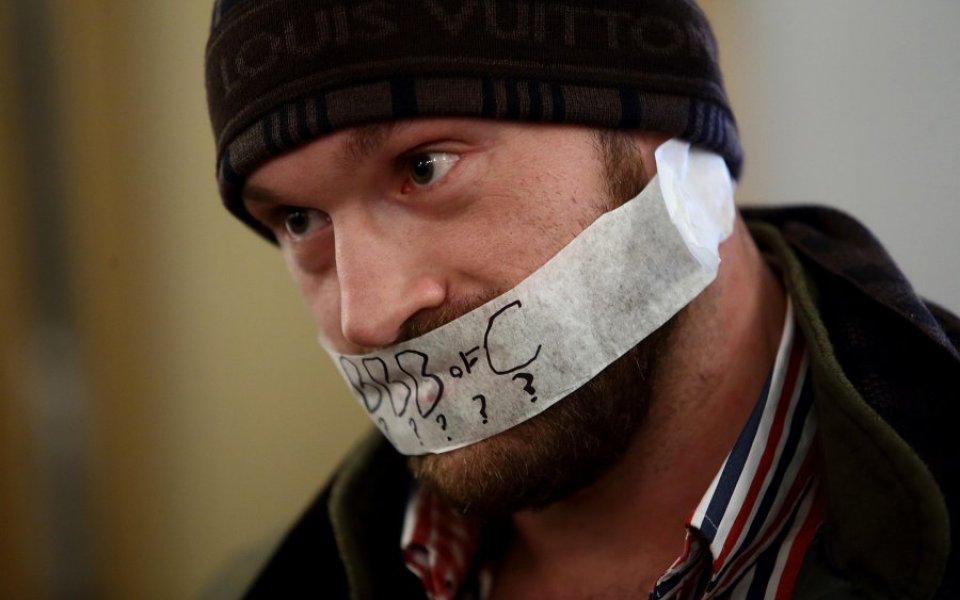 The storm surrounding controversial world heavyweight champion Tyson Fury shows no signs of dissipating after the police launched a hate crime investigation into comments made by the boxer.

Greater Manchester Police (GMP) said they had received reports of a hate crime from members of the public who had heard Fury's comments equating homosexuality with paedophilia.

Fury sparked outrage with comments in a Mail on Sunday interview in which he suggested the legalisation of homosexuality and abortion signalled the coming apocalypse.

Further criticism was levelled at the fighter when he said that "a woman's best place is in the kitchen and on her back."

The police complaint was triggered by an interview on the Victoria Derbyshire programme, in which Fury's trainer and uncle Peter Fury suggested he should apologise for the remarks.

We can confirm that at 10.30am this morning we received a report of a hate crime following comments made about homosexuality on the Victoria Derbyshire programme.

As with all hate crime we are taking it extremely seriously and will be attending the victim's address to take a statement in due course.

Over 100,000 people have now signed a petition calling on the BBC to remove Fury from the broadcaster's shortlist for the Sports Personality of the Year (Spoty) award.

The Manchester-born boxer of travelling heritage was a late entry to the list after he upset Wladimir Klitschko in Germany last month to become heavyweight champion of the world.

BBC director general Tony Hall is likely to face questions on Fury's inclusion on the list when he speaks to MPs at a culture, media and sport select committee next week.

The BBC says the nominations for the award were conducted by an independent panel and is not considered an endorsement of any athlete's beliefs.