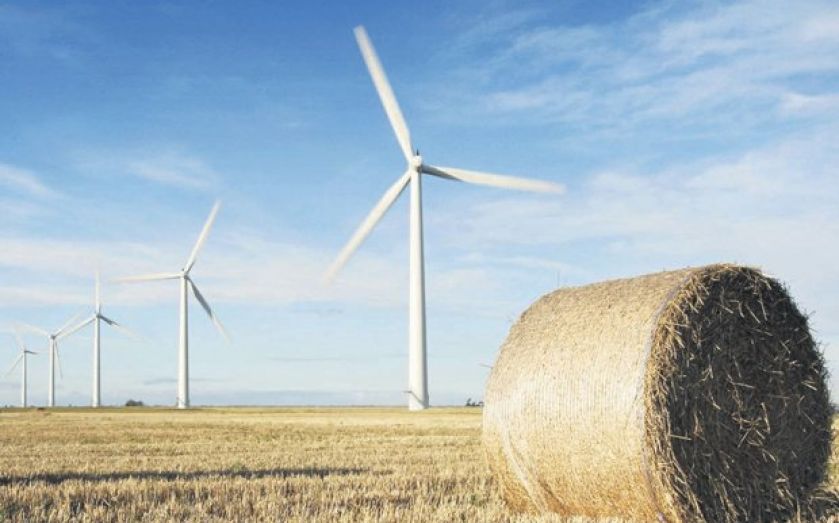 Annabel Palmer talks tariffs and talent with Stephen Fitzpatrick, who switched the City for the Cotswolds to found energy company Ovo

EXPERTS are predicting another gloomy winter for Britain, with power firms expected to raise tariffs in November and December by up to 10 per cent – pushing annual average bills to over £1,500 for the first time. Equally worryingly, according to Ofgem assessments the UK may face a one-in-four risk of blackouts in the winter of 2015-16.

NEW INDUSTRY
New players in the energy market could help bring costs down for consumers. Despite the dominance of the six big energy providers, one company trying to inject some competition is Stephen Fitzpatrick’s Ovo Energy. Founded in September 2009, it supplies power to commercial and domestic properties across the UK. To make life easier for consumers, it offers just two energy plans, both including a percentage of renewable energy. “Two is so much simpler and both offer all the things you want – like protection from price hikes, and the option to have gas and electricity together or just electricity on its own.”

But Ovo’s Gloucestershire headquarters are a far cry from the trading desk at Societe Generale, where Fitzpatrick began his City career. A dabble in entrepreneurship at university – while studying at Edinburgh, he created property magazine The Rental Guide – was cut short because “advertising was too cyclical. I wanted a business with a stable demand, that wasn’t sensitive to economic cycles.” With 26.4m households in Britain, all of which need power, energy ticked the boxes.

MARKET SHARE
But was he not worried about how Ovo could penetrate such a consolidated market? On the contrary, Fitzpatrick specifically wanted an industry with high barriers to entry. “It is easy to start up a technology business. But that also means far greater competition.” Getting regulatory approval, however, was a laborious – and expensive – process. It took nine months of trawling through paperwork, and huge costs, before Ovo was given a licence.

Indeed, cost overruns quickly became a very real possibility. Prior to launch, Ovo had purchased £4m of electricity to get through its first winter. And the sophisticated IT systems needed for customer profiling and demand-forecasting came with a hefty price tag. “There are over 17,500 half hour periods in a year, and we pay a different price for electricity every 30 minutes. IT was a huge operation.” The power itself was sourced from the US energy company Sempra (“we always wanted to be independent of the Big Six”), after Fitzpatrick was turned down by former employer JP Morgan’s global commodities business (which, coincidentally, later acquired Sempra).

THE BOTTOM LINE
All this brings us to the question of investment. Despite significant upfront costs, Ovo has always been self-funded, with less than £500,000 initially injected into the company. While Fitzpatrick maintains a constant dialogue with  potential investors, he feels fortunate to be independent. “We’ve never had to compromise our values for external stakeholders. But it has meant keeping a constant eye on the bottom line.” Until two months before launch, for example, Fitzpatrick was the only employee. Ovo now has 250 staff members, and is focusing on investing in recruitment and IT systems, rather than building on its existing 150,000 customer base.

It was a big risk, but as the nights closed in during the winter of 2009, Fitzpatrick – who was known for his “bearishness” on the trading desk – felt reasonably smug selling gas and electricity at a time when other businesses were selling “discretionary” products.

And the recession meant Ovo had a good demand from customers in search of a better deal, could hire good people for less, could negotiate hard on supplier terms, and get low prices for office space.

RISING COSTS
With 0.5 per cent market share in four years, penetration has never been an issue for Ovo. But keeping costs down is clearly a challenge. Although the most recent Which? survey gave the firm an encouraging 74 per cent satisfaction rating, Ovo is not among the website’s top five cheapest dual fuel tariffs currently available for the average home, having raised its prices for new customers this April by 5.8 per cent.

But according to Fitzpatrick, tariff increases among all providers are likely, if not inevitable. “There are billions of people in emerging economies who all want to consume more energy. So yes, it is likely prices will rise. The challenge now is to find technologies that deliver good value for money. Consumers could not, for example, afford the consequences of our government following Germany’s lead and throwing huge sums of money in subsidies at renewables.” But he does think customers could be getting a better deal. “Uncompetitive behaviour in the industry is driving up costs. We urgently need more effective regulation in the energy market.”

I ask what advice Fitzpatrick would offer to budding entrepreneurs. He compensated for his limited experience in energy with exhaustive research into the industry, which he thinks was key to his success. And he says the City is a “fantastic” place to learn. “Had I started Ovo when I graduated, I can guarantee it would have been a failure.” But banking taught “rigour, risk management, attention to detail, and gave me an understanding of how investors view businesses”. He knows how lucrative banking can be, and how easy it could be to get trapped by job security and high incomes. “But if you can do well in financial services, you can do well in anything,” he says. “If you have a good idea, go for it.”

Drinking: Coffee from Friska in the morning, gin and tonic for sun-downers

Talents: I am an amazing driver. I am expecting a call any day now from Ferrari

First ambition: I once tried to get to the moon by lashing two ladders together

Heroes: Albert Einstein for his humility, Winston Churchill for his perseverance