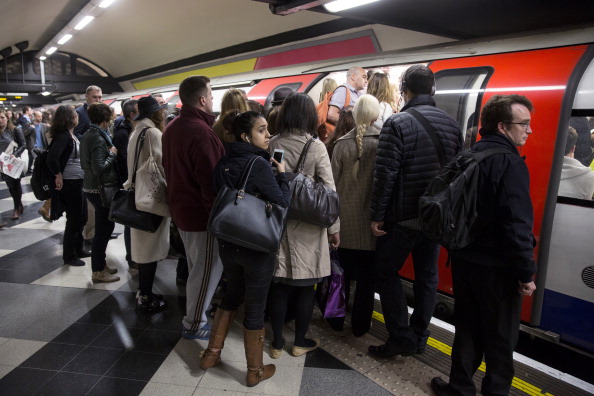 The entire Circle Line was suffering bad delays due to the issue, as is the Hammersmith & City Line.

Read more: Revealed: These are London’s most crowded Tube lines

Transport for London (TfL) urged commuters to use other routes to work during rush hour, saying London buses will accept their tickets.

Meanwhile the incident led to the District Line being suspended between Edgware Road and High Street Kensington, with a good service on the rest of the line.

The Jubilee Line was experiencing minor delays while engineers work to repair a “a fault on some of our trains”, according to TfL.

Angry passengers took to Twitter to vent their frustration with the morning delays.

Has this become the Bermuda Triangle of the London tube service?”

Steven replied to the District Line’s Twitter update by saying: “Again and again and again …. when will you get on top of these repeated failures?”

Meanwhile Lucy Rhodes added: “There seems to be a faulty train or signal issue most days at the moment. It is a real disruption to my commute. Why is this the case and are there any plans to tackle problems on the circle line?”

The latest Tube disruption comes as London Underground cleaners vote on a possible strike that could cause “significant disruption” around Christmas.

The RMT union said 1,000 cleaners could strike in a bid for a salary bump and pensions and sick pay.

RMT general secretary Mick Cash warned: “The cleaners on the London Underground are key to keeping services moving – if a train is soiled by a member of the public it cannot move on until it has been cleaned and that happens more often than you would think.”