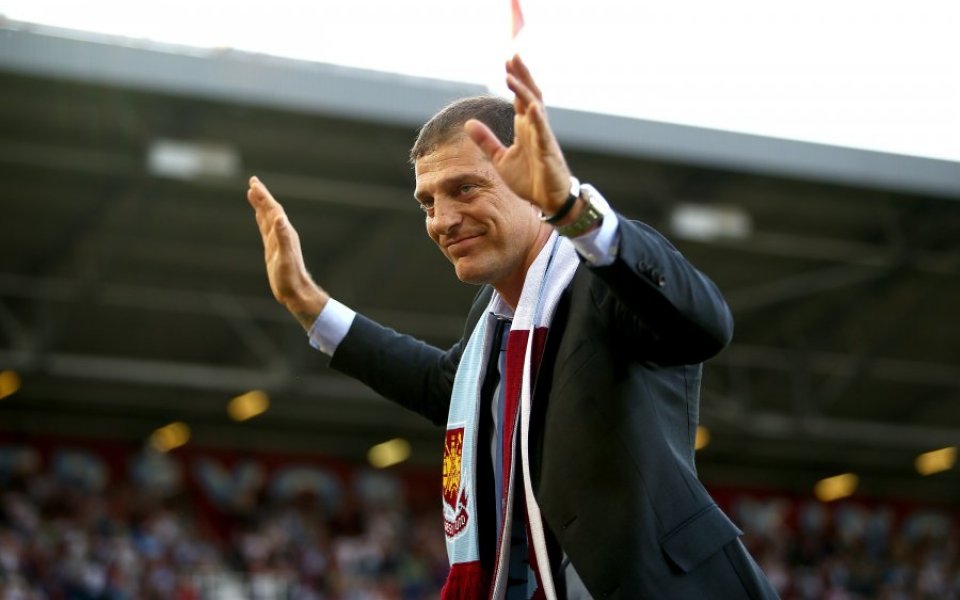 It's impossible not to be impressed by West Ham this season and in particular the job done by Slaven Bilic since the Croatian took charge as manager in the summer.

I remember hearing defender Winston Reid speak after they beat Arsenal on the opening weekend of the Premier League season, and he was full of praise for the positive approach Bilic had instilled.

Perhaps that initial win went to their heads a little as the Hammers then lost their next two at home.

But Bilic didn’t panic and they have since bounced back with a terrific run that has included defeats of Liverpool, Manchester City, Crystal Palace and, last weekend, Chelsea – a sure sign of a team who believe in themselves. They now sit third.

That consistency owes much to a back four of Reid, James Tomkins, Carl Jenkinson and Aaron Cresswell that has remained largely unchanged. Tomkins and Cresswell have both stepped up this term, as has Mark Noble, who is no longer trying to make every tackle in the world but is playing more effective football.

Dimitri Payet is oozing confidence, up front Diafra Sakho brings strength and pace, and they also have the likes Andy Carroll, Alex Song, Cheikhou Kouyate, Victor Moses and Nikica Jelavic to call on. It’s a deep squad; a surfeit of riches even.

West Ham aren’t spectacular, but Bilic has got every man playing to within five per cent of his maximum. He deserves great credit for that, and eliciting the form from Payet that he showed at Marseille.

He is the key to unlocking defences – he’s almost doing what Eden Hazard did for Chelsea last season: turning 0-0 draws into 1-0 wins – and the one they’ll have to wrap in cotton wool.

Injuries are bound to take their toll at some point and the season is too long and hard for talk of Champions League qualification to be anything but bonkers, but I don’t see them falling far.

There are a lot of very good teams currently below them but they look a better side to me than Leicester or Crystal Palace, and – if Payet stays fit – I expect them to finish between fifth and eighth.

How high is up to them, but that would be great news for West Ham, with a new stadium to move into and more seats to fill next season, and surely just what doctors Gold, Sullivan and Brady ordered.