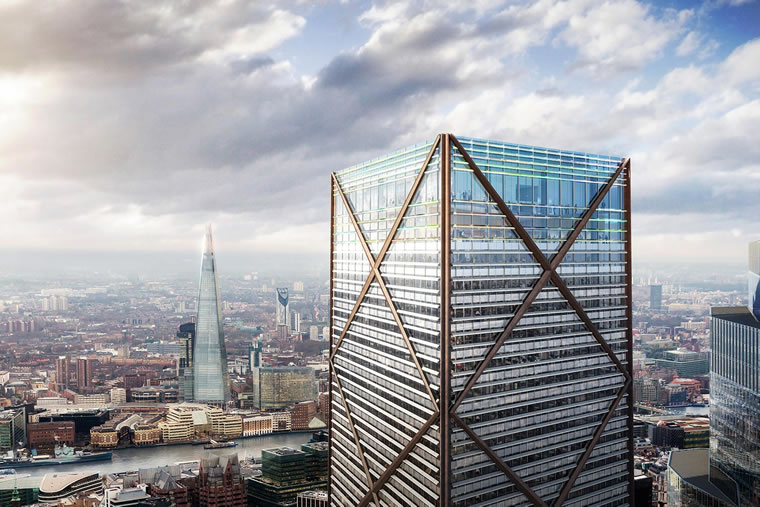 Plans to build London’s second-tallest skyscraper, the Trellis, have been given the nod after a three-year planning war.

The tower, whose real name is 1 Undershaft, will be 1,000 feet tall when completed, standing just 17 feet shorter than the Shard.

Read more: Was Sadiq Khan right to reject plans for the Tulip tower?

After a three-year planning battle between Singaporean developers Aroland Holdings and the City of London Corporation, permission has been granted to knock down the Aviva Tower and build the Trellis in its place.

Aroland says the Trellis will provide a workspace for as many as 12,000 people, with 21,500 square feet of commercial space.

It will also feature a public viewing gallery, giving guests the chance to look out onto the London skyline, a restaurant and an education are for school trips.

Eric Parry, director of the tower’s architects Eric Parry, said of the plans: “1 Undershaft will create more of the quality office space that is desperately needed in the capital and will reconnect the city’s tall building cluster with the public.

“This building will set new standards for the City in terms of comfort, quality, environmental sustainability and putting the public at the heart of the tower.

“Most tall buildings are used Monday to Friday but 1 Undershaft will be used seven days a week, with the public able to enjoy the new public square, viewing platform and restaurant every day.

“It will be the jewel in the crown of the City of London and something we hope Londoners will be very proud of.”

Concerns have been raised about the project, however, that it could dwarf the Tower of London.

Historic Royal Palaces, which owns the landmark, said in a planning objection that the Trellis would be “visually intrusive”.

“Historic Royal Palaces objects to the current at 1 Undershaft because of the irreparable harm it would do to the setting of the Tower of London.

“Our principal concern is the potential visual impact that the proposed development would have on the setting of the Tower of London World Heritage Site and therefore it’s Outstanding Universal Value.

(All images credit of DBOX for Eric Parry Architects)