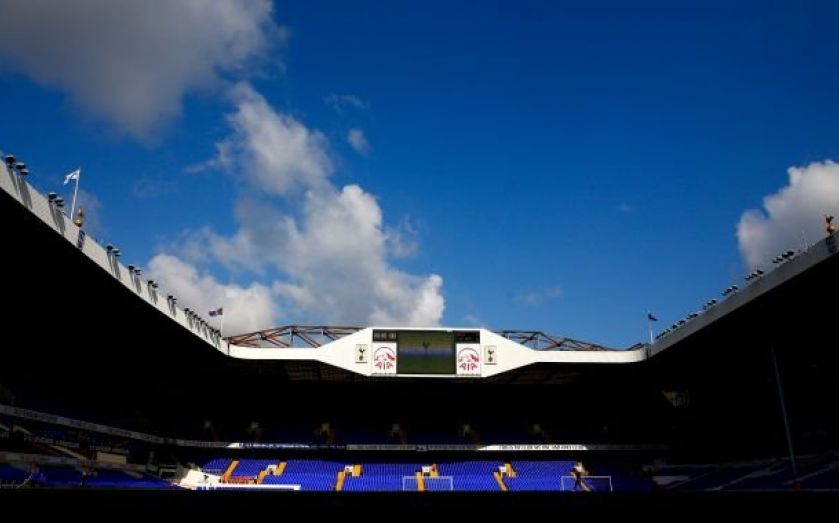 Private equity firm Cain Hoy has withdrawn its interest in buying Tottenham Hotspur, it announced this morning. The company is believed to have made an unsuccessful cash offer of around £400m for the football club earlier this month.

Following the formal withdrawal of interest, Cain Hoy is now barred from making another offer for six months.
The firm could still make a fresh bid for Tottenham if invited to do so by chairman Daniel Levy or ultimate owner Joe Lewis, who is believed to value the club between £500m and £600m or together with their new stadium development at around £1bn.
The north London club have denied Lewis is looking to sell.
A £400m offer would represent well over double the club’s overall revenue for the 2012/13 season, which stood at £147.4m.
On 15 September, Tottenham Hotspur and the Takeover Panel have confirmed the club is in an official bidding period with Cain Hoy but have denied Lewis is actively looking to sell.
Tottenham Hotspur plan to move into a new 56,000-capacity stadium but delays to the building project mean they will need to find an alternative venue for the 2017-18 season. Earlier this week West Ham United vice-chairman Karren Brady suggested she would refuse any ground share request from Spurs for use of the Olympic Stadium.
Cain Hoy, owned by a group of American businessmen, is also working on a £400m development in Islington Square, signalling a concerted push into the London market.
Share
Tags: Tottenham Hotspur