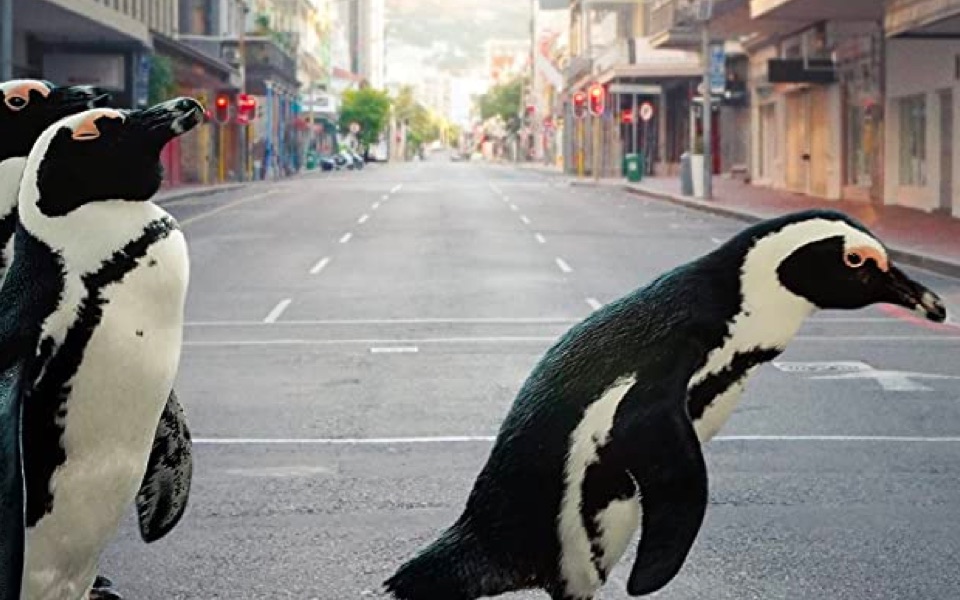 “Nature is healing, we are the virus”. It’s the social media trope that evolved into a meme during the pandemic, as we notice the effects that mankind’s global pause had on the planet’s other inhabitants. However, as this new documentary special shows, cliches exist for a reason. Narrated by David Attenborough, film crews around the world capture locations around the world as we collectively stay home during the pandemic. As well as the lack of people, the film looks at the effects on wildlife, as various species begin to re-emerge to mating and feeding grounds that were taken by cityscapes.

As you would imagine from any documentary associated with the TV legend, it’s absolutely stunning. We get slow drone shots through an empty Times Square, witness birds singing by a deserted Golden Gate Bridge, and see lush landscapes from around the world. From a cinematic perspective, it’s a once in a lifetime opportunity to see these centres of humanity ground to a halt, and is an eerie reminder of what we’ve all been through.

The observation of nature, too, is astounding. We have entire dramatic arcs around animals such as a breed of deer in Nara, Japan, who have adapted to a loss of natural habitat by seeking refuge in a temple, and developing a rapport with visitors in exchange for food. This remarkable survival technique is rendered useless by the lockdown, until a couple of elders remember grasslands where they used to graze. As they lead the pack, with a commentary by Attenborough, it’s difficult not to gasp at what’s happening.

However, it’s also hard not to despair. It’s glorious to see animals thriving without human interaction – whales able to communicate without the din of cruise ships, sea turtles laying their eggs on unpopulated beaches. It’s a strong argument that we, indeed, are the problem, and without adapting the way we live this will be a short respite for endangered species.

There is, of course, hope in Attenborough’s hushed tones. This is presented as an example rather than a scolding, proof that we can endeavour to share the world a little bit more to help the natural balance begin to restore. Whether we take up this challenge or not is up to us.