The most divisive tower blocks in the country, the Barbican Estate, have reached their half century 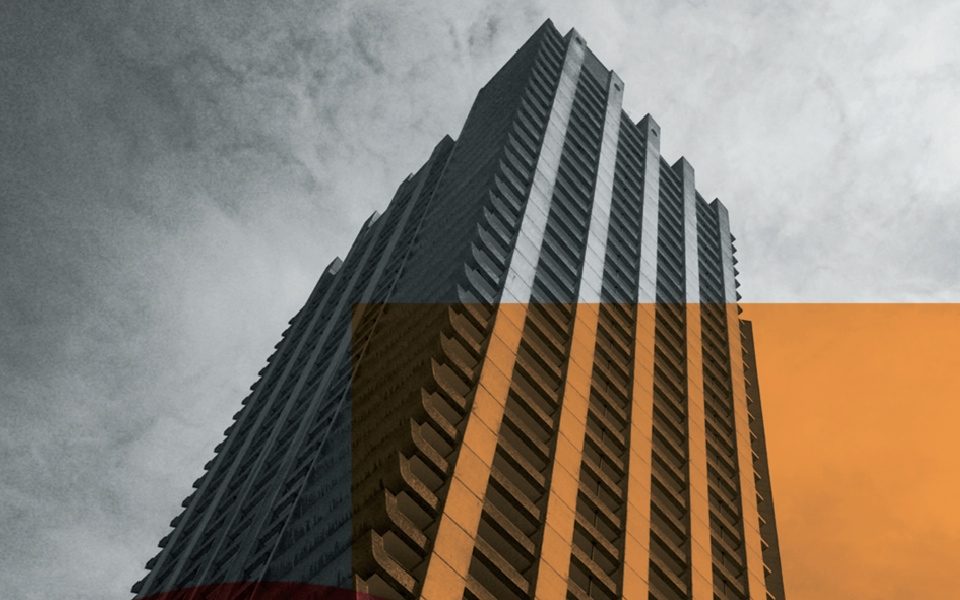 Rising from the literal ashes of World War 2 bombs, the Barbican Estate has always been far more than a housing development.

Designed by architects Chamberlin, Powell and Bon, it was envisioned as a utopian blueprint for post-war British living – a tower block that wasn’t just about cramming in as many people as possible, but facilitating a new style of communal accommodation. Everything from the layout of the “podium” walkways to the placement of amenities was designed to bring people together, creating a space where you didn’t just live independently, but would bump into your fellow residents, forming neighbourhoods and forging friendships.

The Estate, which opened in 1969 with an initial 2,014 flats (later growing to 2,088) was a masterwork of post-war construction, made using a mind-boggling amount of concrete (130,000 cubic metres, to be precise, enough to build over 19 miles of a six-lane motorway). The distinctive, mottled facade was created using a painstaking technique, whereby the top layer of concrete was chiseled away by hand using pick hammers.

There are roughly 100 different styles of flat across the development, each with a distinct layout and target resident. The most popular are the “Type 20” one-bedroom flat and the “Type 21” two-bedroom. Both similar in size, the Type 20 has a small study in place of a second bedroom (see floor-plan, right).

The flats were built with sophisticated Garchey waste disposal systems, which soak rubbish in water under the sink unit before flushing it into a central treatment facility; many are still in use today. The kitchens were originally designed by boat building company Brook Marine, and were made to have as small a footprint as possible. They are typically located at the rear of the property and are therefore windowless, hence the involvement of a maritime agency well versed in making the most of tight, dark spaces. The Estate also has two residents only gardens and a lakeside terrace that’s open to the public.

On opening, the flats were all rented out by the City of London – costing a not-inexpensive £12 a week – until Thatcher’s right to buy legislation was introduced in 1980. Two years later the Barbican Centre – now one of the most respected arts and music venues in the world – finally opened its doors after more than a decade in development.

Already home to wealthy bankers and lawyers, the Barbican Estate became one of the hottest developments in the country, even as its brutalist aesthetic fell unceremoniously out of fashion (the Queen, upon opening the Barbican Centre, declared it “one of the modern wonders of the world”; two years later, Prince Charles dismissed brutalism as a ”monstrous carbuncle”). Today the Barbican Estate is more popular – and more expensive – than ever. A type 21 two-bedroom flat that sold for £129,000 in 1989 recently changed hands for £935,000.

“It’s been a brilliant place to bring up our children,” says Michele Haynes, the founder of Haynes Interiors, who has lived on the Estate for two decades.

“More families have moved here in recent years. Living and working here has meant we’ve been able to spend more time together, and it’s allowed me to stay on top of things culturally and professionally. There’s a real sense of community and our children have benefited from living in such an exciting and socially diverse place.”

• Flats in Cromwell Tower and Andrewes House are available to buy through Frank Harris & Co; for more information go to frankharris.co.uk