The King of Hell’s Palace at Hampstead Theatre review: a blistering political thriller 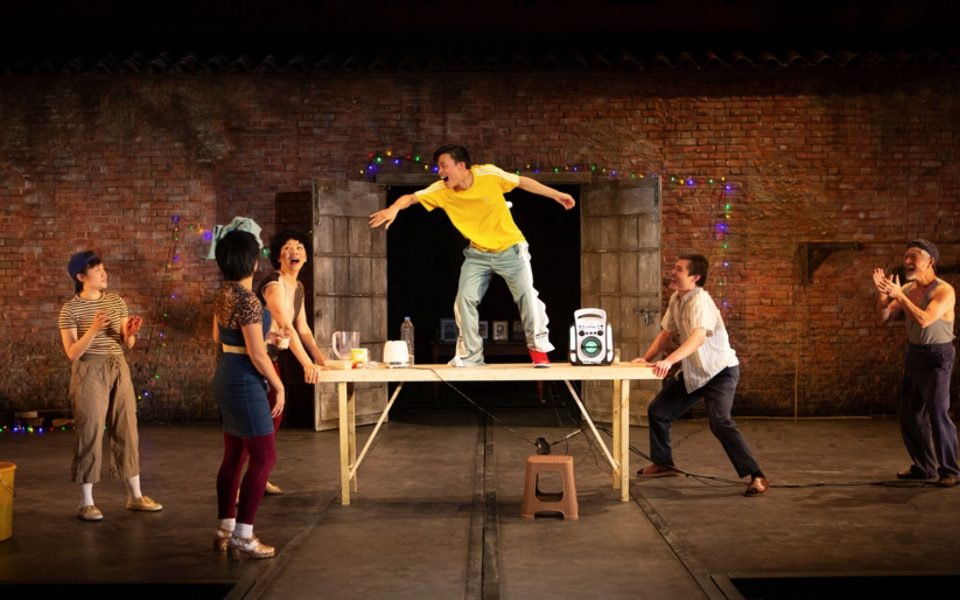 The King of Hell’s Palace is a gripping political thriller, rooted in family drama; an exposé of the corrupt business practices that emerged in China following Deng Xiaoping’s economic reforms.

In the early ‘90s, the Chinese economy was liberalising, consumerism was on the rise, and the clamour for export-led growth encouraged some budding entrepreneurs to cut corners. Nowhere were the effects of this worse than in the production of blood plasma products, where reckless procedures resulted in the infection of thousands of donors with diseases such as hepatitis and HIV.

The titular “King of Hell’s Palace”, is alluded to by several characters. For one enterprising brother, still traumatised by childhood experiences during the Cultural Revolution, it represents that state of precarity, to which failure in business could mean a return. While for the increasingly sick rural workers, it represents the destination to which they are bound for the sin of selling blood, and with it their “family essence”.

Director Michael Boyd has crafted a highly efficient production. The staging is relatively simple, aside from the two travelators that run down the middle of the stage, moving people and objects on and off. The small ensemble cast is kept busy, with everyone playing multiple roles, but female characters stand out, with great performances from Celeste Den as the doctor who places herself in jeopardy to draw attention to the problem, Millicent Wong as the Lady Macbeth-like Nurse Jasmine, and Tuyen Do as a victim of Nurse Jasmine’s machinations who takes drastic action to avenge her family.

Playwright Frances Ya-Chu Cowhig cites David Simon as one of her influences, and with a story that astutely mixes people from different social classes – political decision-makers and those who bear the consequences – The King of Hell’s Palace has that same sense of reality and importance that you find in his works, like The Wire and Show Me a Hero.

Dr Wang Shuping, the whistle-blower whose story is fictionalised in the play, was in the audience on the press night. When she was invited up on stage at the end of the performance, she received a well deserved standing ovation.