The Jaguar F-Pace SVR is a fire-breathing SUV brute. But Tim Pitt discovers its softer side 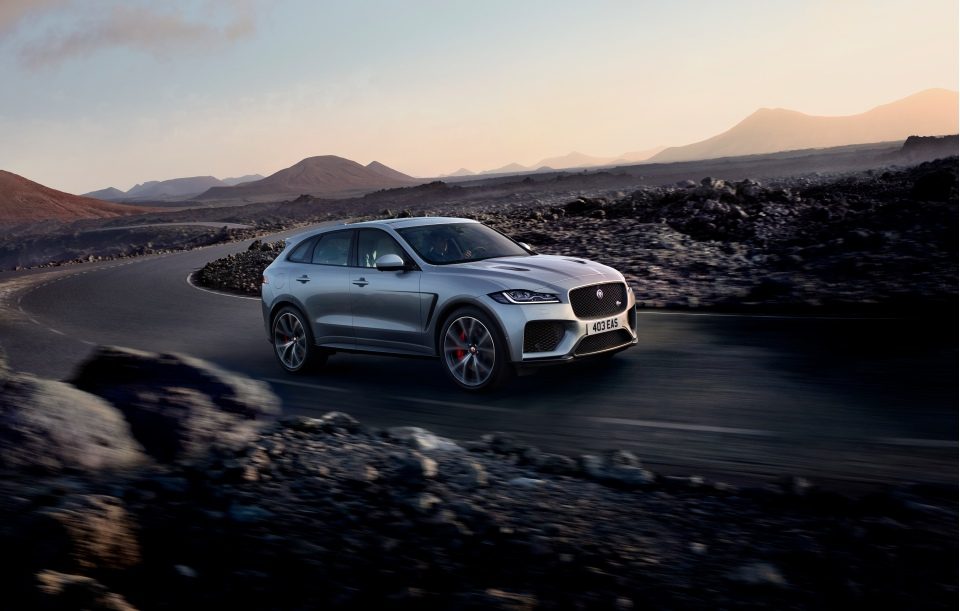 Its opening salvo was the 2016 F-Type SVR, a bona fide British supercar to rival the Porsche 911 GT3. In 2018, SVO then followed up with something even more extreme. The XE SV Project 8 was a hand-built 600hp road racer that vaguely resembled an XE saloon. Until a few weeks ago, it was the fastest four-door around the Nürburgring, its 7m 18.3s lap time besting a Ferrari 488 GTB.

Such cars generate copious column inches, but rarely do much for the bottom line. In today’s car market, the fast-track to fat profits is an SUV. Jaguar’s sister brand, Land Rover, has already launched several under the SVO banner, including the ultra-luxurious Range Rover SVAutobiography and armoured Range Rover Sentinel. However, it’s the Range Rover Sport SVR, which shares its 575hp V8 with the flagship F-Type, that is most closely related to the new Jaguar.

In the F-Pace SVR, that same 5.0-litre supercharged engine has been detuned slightly to 550hp, although nobody – except perhaps your passengers – will complain about 0-62mph in 4.3 seconds and 176mph flat-out. The downside, inevitably, is a prodigious thirst for petrol. Jaguar quotes 23.7mpg, but I managed mid-teens during a week of mostly urban and motorway miles. Best commandeer the company fuel card.

Being large and conspicuously SUV-shaped, the F-Pace only delivers on the latter two parts of Jaguar’s classic ‘Grace, space and pace’ ad slogan. Nonetheless, it’s a handsome car that doesn’t shout about its sportiness. Many will overlook the SVR’s larger 21-inch alloys (optional 22s here), slash-cut air intakes and quad tailpipes, but its V8 soundtrack is impossible to ignore. It rumbles like rolling thunder, intensifying to a bestial snarl at high revs.

Inside, there are quilted race-style seats from the Range Rover Sport SVR, which look oddly out of place in a luxury SUV. Then you turn your head and realise Jaguar has given the rear chairs the same treatment. Quality feels a smidgen short of Audi or Mercedes-Benz and the touchscreen media system isn’t especially intuitive. On the plus side, there’s no shortage of space or standard equipment – as you’d hope for £75,335.

Minor quibbles melt away when you start driving, too. While BMW M Division boss Markus Flasch recently told CAR magazine “We didn’t want to do the M version of an X3, we wanted to do an M3 in an SUV appearance”, Jaguar has taken the opposite approach. This two-tonne family holdall isn’t trying to be an F-Type; instead, it brilliantly combines the easygoing comfort of an SUV with the brawn and bombast of a muscle car.

Enter the wilderness beyond the M25 and you’ll also find the chassis isn’t simply a supporting act. Select one of the sportier drive modes and SVR changes direction like something half its heft. It feels neutral and keenly balanced, with supple damping and direct, nuanced steering. Unlike some of its ilk, you never feel detached from the process of driving. As a vehicle for every occasion, even a slippery grass field or snow-covered track, it’s hard to beat.

So you should buy one, right? Well, maybe. If you like the lofty seating position and off-road ability of an SUV – and you can stomach the fuel bills – the F-Pace SVR is a slam-dunk.

But if, like me, you prefer the dynamic advantages and less abrasive image of an estate car, the Mercedes-AMG E 63 is equally practical and even more exciting. If only Jaguar would shoehorn that epic V8 into its XF Sportbrake wagon. Are you listening, Coventry?