The Friday Interview: Tom Gosnell brings mead to the masses 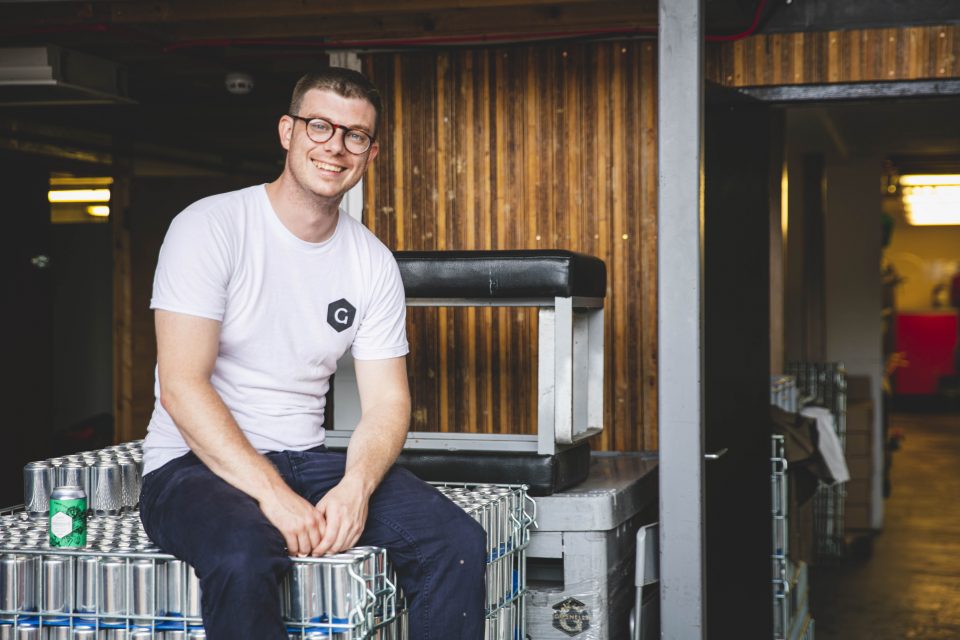 Each Friday, City A.M. Deputy Editor Andy Silvester speaks to the most interesting people in London’s hospitality scene. This week he’s in Peckham, where founder Tom Gosnell has built the capital’s only meadery – Gosnells – turning out modern twists on the ancient drink.

In an unassuming industrial estate in Peckham, a quiet drinks revolution continues apace.

There is only one meadery in the capital and it’s in this corner of SE15 that it sits. For those unfamiliar, mead is made from honey and water, fermenting into a delicious, diverse drink.

Tom Gosnell – the founder of Gosnells – is chirpy when I turn up for a chat, and not just because the smell of honey is filling this relatively unremarkable set of industrial units with the whiff of an English summer garden. He’s just received another order from the US – welcome news.

“I started the business in 2013, so we’ve been going about seven years. We were in a small unit across the way, and built the brewery in 2015,” he tells me. After investment in 2017 and a rejig of the marketing – “without going to Beowulf and Game of Thrones, because it’s a bit novelty, and we’d rather talk about the liquid” – things have moved quickly over the past year.

“The new can range launched in August and that’s been the turning point for some people. For some reason people just seem to understand it – when to drink, what you do with it, how to enjoy it.” The range itself runs from meads given a pink kick from a hibiscus infusion to a complex sour mead – all pleasantly sparkling, all unmistakably derived from the humble honey bee.

But from those bees and indeed from south London, Tom’s gone worldwide. “We’ve always been really export focussed, so we send a lot to south-east Asia, Korea, Hong Kong, Singapore. We’re now in 24 US states which is really cool, and they’re pulling through a decent amount, which is exciting,” he says.

That worldwide perspective gave him an early steer on the coming Covid-19 crisis. “We got a bit of an early warning” he says, thanks to their contacts in foreign fields. And while the impact of coronavirus wasn’t something Tom anticipated, like so many entrepreneurial small businesses, it also allowed him to accelerate into different areas.

“We pivoted to much more of an online sales model. And what’s interesting is that there’s been a massive spike in online sales, up about 20 times, all in the UK. That was a natural peak, and once we saw that, we pushed a bit harder, put a lot more digital ad spend on it, just to get a boost,” he says.

“I’ve had the time to finally look at that direct to consumer piece a bit closer than I would have.”

“It’ll be a step change from what was happening before.”

That’s led to all sorts of new ideas – an online tasting product, with Instagram Live sessions on a Friday to allow punters new to this ancient drink a chance to get properly acquainted. He’s also been running corporate tastings, for bosses keen to ensure their staff remember each other whenever they get back in the office.

But now socialising in person is allowed, Gosnell’s has invited people into its very own taproom, flowing out over the car park in what on Saturday afternoons is transformed into a buzzing, vibrant sun trap. They’ve collaborated with south London brewery Anspach and Hobday and things are, Tom says, going well.

“We knew that restrictions were going to be lifted, so we jumped on it fairly quickly and we wanted to use the outside space again,” he tells me.

“We wanted to make sure people stay for a while so hence having a beer offering as well, and just working together because we’ve got a good overlapping following.”

Both have their own bars – Ansbach’s Pigeon in Camberwell, and Gosnell’s had a small bar as part of the Coal Rooms in Peckham Rye – but both are still in rebuild mode after the pandemic, so this outside space was crucial to both to ensure that people were still able to enjoy their offering in a sociable setting.

“It’s a really nice vibe down here,” he tells me, with considerable pride.

Tom is passionate about new brewers – and indeed, his meadery – and their place in the London social scene. “They’ve become really important in the last 5-10 years,” he tells me – and it’s hard to disagree, with taprooms across London now as busy or busier than some pubs.

Indeed Tom’s success is testament to the one thing that even in these uncertain times we can all be sure of – that the capital will still be packed full of people with interesting, bold ideas that we can all applaud.