The Friday Interview: London Cocktail Week back for 2020 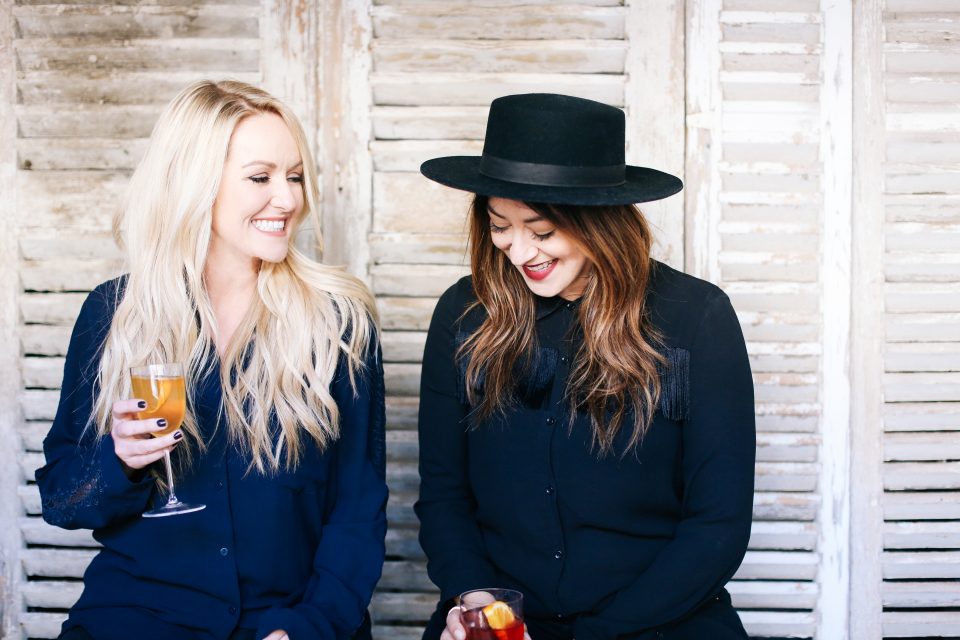 It’s been a grim few months for the bar industry, but there’s good news on the horizon: London Cocktail Week will be back in October, with a focus on driving revenues into the hands of the watering holes that need them most.

In the latest in his Friday Interview series, shining a light on the most interesting people in hospitality, City A.M. Deputy Editor Andy Silvester talks to founders Hannah Sharman-Cox and Siobhan Payne about their plans for the festival this year, London’s hospitality scene and why it’s so important we don’t end up with a city full of chain bars.

Even the most demanding bon viveur would agree that the capital’s food and booze offering has come on leaps and bounds in the last decade.

Everything from high-end pop-ups to the boom in craft breweries points to the rise of London’s hospitality scene on the global stage: and when it comes to cocktails, London Cocktail Week can claim much of the credit for the sudden burst in interest in what talented people can do with high-quality spirits.

So it’s with some relief that the brains behind the event, Hannah Sharman-Cox and Siobhan Payne, are committed to bringing back the event this year, over the whole month of October – despite the myriad challenges posed by the Covid-19 pandemic and the lockdown that his hospitality businesses especially hard.

Read more: The Friday Interview, with Chris D’Sylva of the Notting Hill Fish Shop and the Supermarket of Dreams

“It was really different back then, the cocktail scene and really the event scene,” Siobhan tells City A.M. over a Zoom call.

“I think the festival has helped to drive the cocktail scene in London and the consumer interest around good drinking and good bars over the last 10 years, which is quite nice,” she adds.

The festival usually operates around a hub space – the Cocktail Village, with bartenders from London’s finest watering holes descending on one space and delivering treat after treat to cocktail-loving Londoners. That won’t be the case this year: instead, the festival – over a whole month – will drive footfall to the bars that are facing up to the challenge of rebuilding their business after being shut down for 3 months.

“We wanted to use this position that we have developed over 10 years to help make sure to save small businesses, which we think we can help, and ultimately save jobs,” says Siobhan.

Drinks brands, which might have bought space at the village before, will instead set up shop in bars around the city.

“But also we have to be a trusted voice, to encourage people back out into venues,” says Siobhan. “We put our hands on our heart… and we are personally telling thousands of consumers we believe in this venue and that they’re doing everything they can to keep you safe.”

Their passion for the industry is evident. Hannah says that in their first year the week was founded as a trade event to put London on the cocktail world map within the drinks industry – but it turned into much more than that.

“All these people turned up and we didn’t know any of them,” she says with a laugh. “We thought ‘this is unusual’ – we thought it was going to be all our industry friends and it was just some nice people from London that liked a nice drink.”

As Hannah puts it, their role in part was to “democratise” cocktail drinking, giving ordinary consumers the chance to be part of a special gang – occasionally reserved for people in the industry.

They see themselves in the middle ground between that industry and the public.

Siobhan: “We have this conversation with the bartenders and the drinks industry but we also have the conversation with consumers. And I think that’s what made us so inclined this year… to use this platform, and use that position as the middleman between the industry and the consumer to help our industry, which has been so badly hit.”

Hit it most certainly has been. They tell City A.M. of a “handful” of bars that are already shutting their doors, and talk about the conversations with bar owners that have been close to “therapy.”

“It’s these people’s livelihoods and it was an absolute disaster. Every single person we spoke to was how are we going to keep our staff,” says Siobhan.

It’s a welcome reminder to those pitching for a work-from-home revolution that the casualties will be hospitality businesses in and around central London, all of whom rely on footfall – and who employ thousands of people, often young, many new to the capital.

“A city can’t be a city of chain bars, and if they’re the only people that can survive I think we’ll be a poorer city for it,” she adds.

Tickets for London Cocktail Week – which this year will stretch across the whole month of October – will go on sale later in the year. Follow social channels and their website for further details.