They say that if you want to spot the next up-and-coming property hotspot, all you have to do is follow the artists. That’s certainly been true of Shoreditch, the hub of the Young British Artists movement in the 1990s. Anyone that bought on the outskirts of the City 20 years ago is chuckling all the way to the bank now.

So where are the artists these days? There’s a strong argument it’s Peckham, which has long been home to art students from Goldsmiths University and Camberwell College of Arts, with creativity splashed across every lamp post.

“Peckham has an iconic library designed by Will Alsop, street bollards by Antony Gormley, mural mosaics designed by Tom Phillips and lamp posts by Zandra Rhodes,” says Fionnuala Earley, an economist from Hamptons International, who also dubs it ‘the hipster capital of south London.’

It’s out-performing the market, too. Average price growth in London has slowed by 0.3 per cent this year, while house prices in Southwark – the borough in which Peckham resides – grew by only 0.2 per cent. Peckham, on the other hand, saw house price growth of 4.8 per cent last year.

According to Savills, the average second hand property sells for around £553,000, while Hamptons International data reveals that average rises to £750,500 once new builds are taken into account.

But who is pushing these prices? Largely, a domestic market of young professionals looking for their first step onto the property ladder, or childless couples looking for better value family housing outside of Herne Hill and Dulwich.

“The ‘Bank of Mum and Dad’ was responsible for supporting their children alongside supporting house prices in Peckham in 2018. This remains the case as we enter the New Year,” says Becky Munday of Munday’s Estate Agent.

“Often one of the key criteria for these buyers is a place which has a vibrant evening and weekend offering with plenty of spots to eat, drink, shop and socialise. In Peckham, they’ll find what they’re looking for,” says Frances Clacy, a Savills research analyst. Savills, using Land Registry sales data, shows that nearly 95 per cent of homes sold were either flats or terraces, perfectly suited to first time buyers and small families.

For investors, now is the time to buy, particularly around Peckham Rye where most new development is happening. Now may be your last chance to take advantage of low fixed interest rate mortgages, too, before a much-touted hike in Q2 2019. Investment seems to be strong, with 25 per cent of properties going to cash buyers in 2018, according to Hamptons International.

As for larger family homes and top price housing, the best streets are in the Holly Grove Conservation Area, in central Peckham to the south of Peckham Road. Period properties around Lyndhurst Square and Holly Grove achieve high prices around £775,000. Other popular roads include Choumert Road, Lyndhurst Way and Bellenden Road.

Expect similar prices for family housing around Peckham Rye station, but buyers can knock around £100,000 off if they’re prepared to look around north Peckham or Nunhead near Queens Road Peckham station. 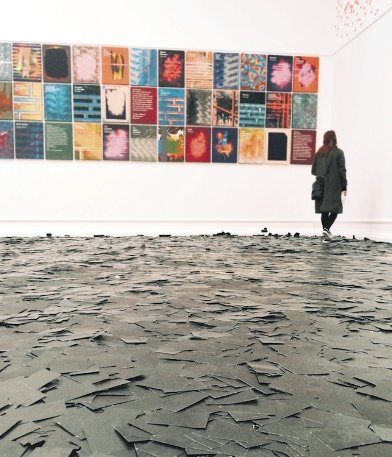 Free to the public, South London Gallery on Peckham Road has been bringing cutting edge art to the South London massive for 125 years now. With heritage tours, and family activities, there should be something for everyone to enjoy. Few local cinemas are as deeply loved as Peckhamplex on Rye Lane. With several screens to choose from and tickets costing as little as £4.99, you’ll never be stuck for something to do on a rainy day. When the sun shines, climb to the top of Frank’s Cafe on the roof of a multi-storey car park on Rye Lane and treat yourself to one of the best views in London. For another rooftop gem, head to The CLF Cafe – better known as The Bussey Building – an all round arts extravaganza in an old cricket bat factory. From art to theatre to club nights, Bussey has it all. Before that, go to Bar Story next to Peckham Rye station, known for its £6 cocktails and pizza. Artusi, an unfussy local favourite on Bellenden Road, is great for generous Italian portions.

Peckham proves that if you make a home where the art is, you’ll be painting yourself into a profit.