The best of wine tourism within day-trip distance of London 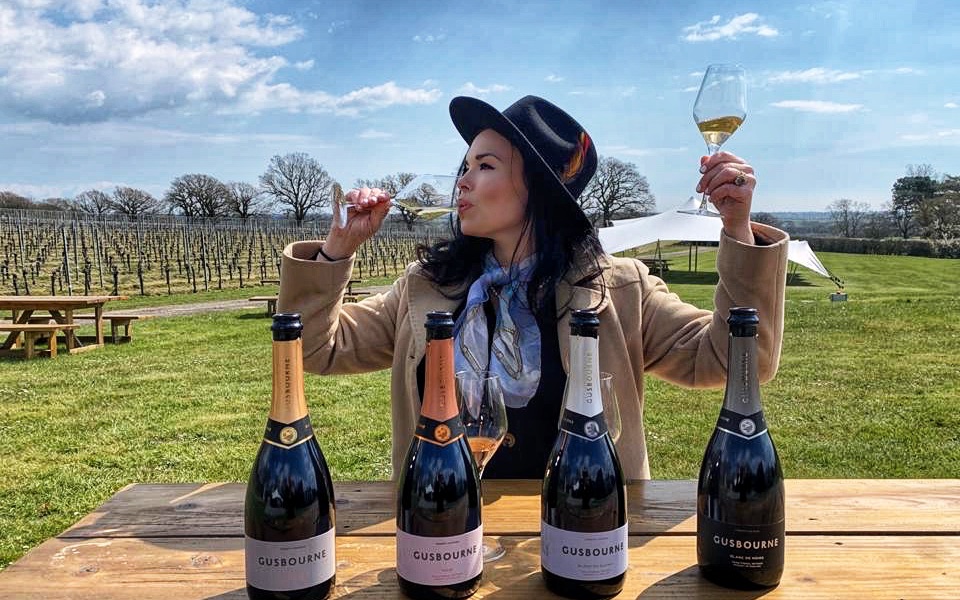 The warm sun on my back, I sip a delicious glass of wine looking across a sweeping vista of vines with the rolling green countryside stretched out before me towards – yes, could that possibly be? – the distant sparkle of the sea and a blue-sky horizon.

Also Read:
The best of wine tourism within day-trip distance of London

Have I thrown lockdown travel precautions to the wind, grabbed the proverbial plane by its wing tips and headed to Tuscany for the week? No. I have taken the 10.12am train from St Pancras arriving into Ashford just 38 minutes later to visit three-time winner of the IWSC English Wine Producer of the Year (that’s more times than anyone else in the UK), Gusbourne.

The wine’s goose symbol is a nod to the original de Goosebourne family, who owned the Estate back in 1410 but in 2004 Andrew Weeber, from South Africa’s own wine region of Stellenbosch founded this discretely luxurious 156 hectare vineyard in Kent ahead of expanding another 75 hectares in West Sussex.

Set in picturesque English countryside, the local environment is at the core of Gusbourne’s value system. They have not used herbicides for over 5 years, instead relying on a combination of surrounding meadows for mitigating insects, liquid seaweed from the nearby coast and chicken’s …let’s call it “natural fertiliser” (really, it should be goose) for nutrients. Of the 500 commercial vineyards in England and Wales, Gusbourne is one of only 14 certified under the Sustainable Wines of Great Britain Scheme.

It is clear Andrew also values the workers on the estate, describing the picking and pruning, all done by hand, as an art form. This mutual respect and familial atmosphere is corroborated by my tour guide, Steve Smith, who says that people come back year after year to work the vines and harvest. Led by Head Winemaker Charlie Holland, Gusbourne is its own little community and they take pride in every step of the winemaking process.

For the visitor, the focus here is on ensuring the individual’s own experience. No coachloads of tourists are going to descend upon Gusbourne, with pre-booked tours being kept to an intimate limit of 10-16. There’s a basic Vineyard Tour for £25 with a guide, which takes around 2 hours and tries 5 wines, the Discovery Tour from 11am-3pm which includes comparing eight wines of different vintages and a lunch of carefully paired platters of local produce at £75. If you really want to push the boat out and indulge yourself, the Estate Tour at £90 will buggy you around the various vineyard sites, plying you with glasses of excellent sparkling wine before a three course, silver-service lunch paired with some exclusive, limited edition and rare-release wines.

Of course, if you want a jolly on a budget then anyone is welcome to drive up for a free self-guided tour. A handy booklet directs you around a gentle 25 minute stroll through the pretty vines of Boothill Vineyard before a complimentary tasting of up to four wines. Sitting at The Nest’s picnic tables looking across the sweeping views, this seems a bargain indeed – the only troubling issue being which wines to choose?

Guided by Gusbourne’s Julian Kirk, I started with their entry level Brut Reserve, all baked apples, almonds and brioche, moving on to their sparkling rosé which was like an English summers’ garden in a glass and then it was a ‘battle of the blancs’. The Pinot Noir Blanc de Noir was a creamy richness of red apple but the Chardonnay Blanc de Blanc was like sipping on a cloud. It was superb and came as no surprise that this is their signature bottle and has won more Blanc de Blanc awards than any other British producer.

Though the majority of the wines produced in England are sparkling, still wines are gaining ground and I further indulged in a crisp stone-fruited Chardonnay, an alarmingly neon but extremely fun 2020 rosé which was like a house-party in my mouth and an elegant, rounded Pinot Noir which could hold its own against France any day of the week. All of Gusbourne’s wines are vintage (meaning the grapes are at least 85 per cent from that same year) and a little bit special. You won’t find them on any supermarket shelves, but you will find them on many a Michelin starred restaurant’s wine list.

Thanks in part to climate change (think of it as the only silver lining), England’s climate is getting better and better for producing world-class wine. Only recently, Dorset’s Langham Wine Estate beat the top champagne brands to win Sparkling Wine Producer of the Year 2020 and this is just the beginning. So, while flights and borders are in a tricky state of limbo, why not treat yourself to that holiday feeling without the quarantine. Glasses of crisp sparkling wine and rolling green vineyards are less than an hour away…

Other vineyards for a day trip from London

Squerryes Estate, North Downs, Kent: Stick to the al fresco dining and book a table on the terrace or opt for a luxurious picnic among the vines. All picnic boxes contain only fresh produce from the Garden of England and Squerryes Estate and the family motto is ‘Licet Esse Beatis’ – it is permitted to be joyful.

Ridgeview Estate, Sussex: Set within the picturesque South Downs National Park, this family-run business was one of the first wineries within England to focus solely on sparkling wine, which they have done with award-winning success – they have even been served by the Queen. The Wine Garden is the perfect place for socially distanced occasions.

Oastbrook Estate, Sussex: Led by a vivacious Brazilian winemaker and owner America Brewer, Oastbrook offers a range of wine events. Why not extend to a full weekend and book a stay at their five-star rated Hobbit House nestled on the grounds. A hot tub overlooking the vines, anyone? Magical.

Hattingley Valley Estate, Hampshire: Under the guidance of Head Winemaker and Director Emma Rice, Hattingley is not only eco-friendly but one of the most advanced wineries in the world offering guided tours and tastings of their premium sparkling wines.