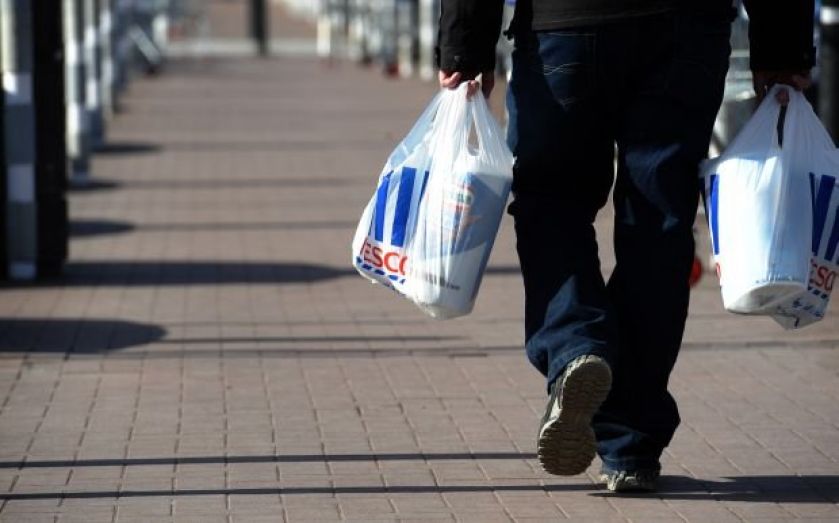 Was this the week Tesco hit rock bottom? Having discovered a huge black hole in its finances, shares have fallen from Friday's closing price of 229.6p, to a low of 191.23p in early morning trading today. That's a fall of almost 17 per cent.

Here's a handy, cut-out-and-keep guide to Tesco's week from hell

The market went wild as the supermarket issued a trading update revealing that "on the basis of preliminary investigations into the UK food business, the board believes that the guidance issued [in August] for the group profits for the six months to 23 August was overstated by an estimated £250m".

Shares dropped to 11 per cent, before climbing slightly as bargain-hunters got on board. They ended the day at 203p, down 11 per cent from Friday's closing price of 229.6p

To add insult to injury, Kantar Worldpanel published figures showing the supermarket's market share had fallen to 28.8 only the third time in the last decade.

To give investors confidence, the supermarket rushed out a statement saying new finance boss Alan Stewart, Marks & Spencer's former finance chief, had been forced to start more than two months earlier than planned, having received special dispension from M&S to finish his garden leave early.

But alas, the move didn't do much to help – by the end of the day, shares were down to 195p. More than £2bn had been wiped off the value of the company.

Standard & Poor's became the latest of the three major credit ratings agencies to put Tesco on negative watch, while the Financial Reporting Council said it was "closely monitoring" Tesco. Blackrock, the supermarket's third-biggest shareholder, dumped £150m of shares, cutting its stake by a fifth, from five per cent to four per cent.

Late in the day it emerged that although, when Laurie McIlwee resigned back in April, the supermarket said he would stay on until it found someone new to fill his role, that wasn't quite what happened. In fact Tesco had been operating without a finance chief since April.

Shares in the supermarket ended the day at 194.6p, now 15.2 per cent down from Friday's closing price.

After investors fled the stock, a ray of light emerged as retail veteran and Sports Direct owner Mike Ashley took a punt on Tesco's share price, betting £43m it will rise.

But the good news was cut short, with analysts (and markets) unsure about the move. Later in the day, Adrian Bailey, chairman of the government's Business Select Committee, waded in: its accounting error was "stratospheric", he told the BBC. Eventually, Tesco executives could face a grilling from the committee.

It also turns out the move wasn't quite so good for Sports Direct.