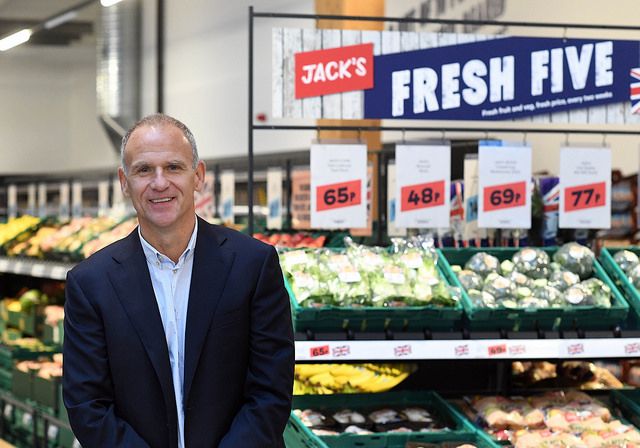 Named after Tesco’s founder, Jack Cohen, the budget brand will open between 10 and 15 stores across the UK over the next six months, with the first two set to open in Chatteris, Cambridgeshire and Immingham, Lincolnshire, tomorrow.

“Jack Cohen championed value for customers and changed the face of British shopping,” said Dave Lewis, Tesco Group chief executive. “He’s an inspiration for all of us and that same spirit still drives Tesco now.

“It’s fitting that today, we mark the beginning of Tesco’s celebration of 100 Years of Great Value by launching a new brand, and stores bearing his name.”

The two debut stores will make use of “excess Tesco space”, while the others will be a mix of new sites, sites bordering existing Tesco shops and a small number of converted Tesco shops.

The supermarket giant’s new low-cost offering will stock an own-brand range of goods, with eight out of 10 products offered in its stores being made, grown or reared in the UK.

Jack’s will also stock other brands’ goods, but Tesco said the focus would be on simple, no-frills food while operating a low-cost business model.

"Jack’s is clearly playing a longer term game," he said, claiming that 60 per cent of households shop in Aldi and Lidl despite their budget reputations.

“Given the Jack’s model is so similar we would expect to see shoppers behaving the same way in its stores.

“With its heavy Union Jack branding and promises on provenance Jack’s is clearly looking to make its name as a solid British retailer. Nearly half of shoppers try to buy local produce when they can so it could be a savvy move, though it’s still very early days.”