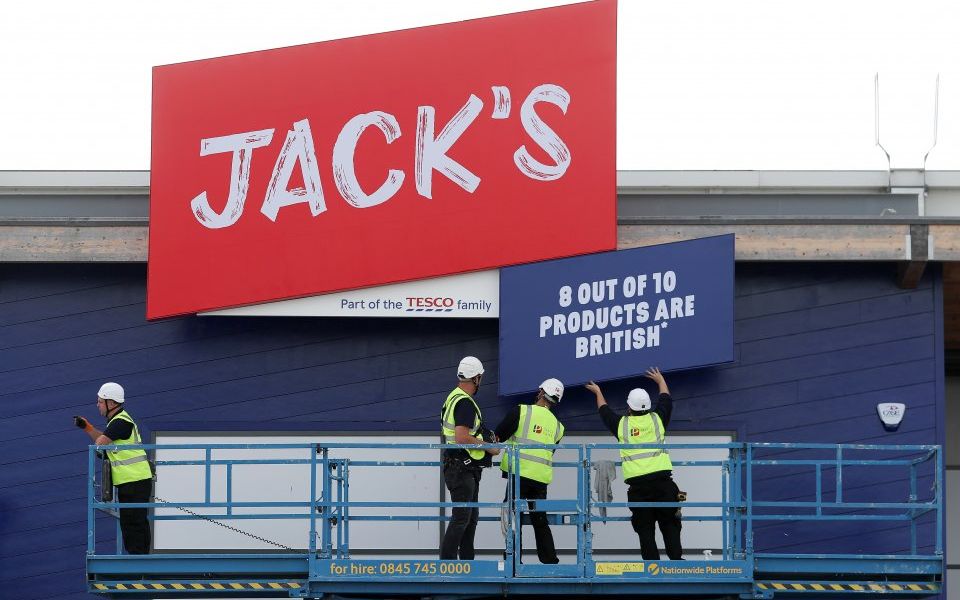 Chief executive Dave Lewis opened the first store in a mothballed former Tesco outlet in the small Cambridgeshire town of Chatteris yesterday, with another 10 to 15 launches in the pipeline.

The chain is named after Tesco founder Jack Cohen, who earned the nickname “Slasher Jack” for his “pile it high, sell it cheap” strategy – one that Tesco is now trying to replicate to fight off the fierce competition that’s slowly but surely eating its market share. In true Drastic Dave style, Lewis announced that Jack’s will be the “cheapest in town”.

Cheap it might be, but Jack’s will struggle to be the best discounter in its sector. Jack’s is up against Aldi and Lidl that together boast 1,300 stores across the country and both have plans for 250 to 300 new stores in the UK in the medium term.

To compete with them, Jack’s would have to expand rapidly while undercutting Aldi and Lidl’s prices at a time when the two incumbent discounters are bound to review their own costs in a bid to show the new kid on the block who rules this roost.

Analysts questioned Lewis yesterday on why he decided to launch a separate brand rather than simply launching cheaper alternatives in existing Tesco stores. Won’t having Jack’s stores right next door to existing outlets distract consumers from its core grocery business?

Perhaps Tesco can learn from its rivals’ failed attempts at thriving in the discounter market. Sainsbury’s dabbled in the space with a string of Netto stores with the Danish chain’s parent group in 2014 but was forced to shut them two years later, while Asda’s Essentials chain was closed in 2006 after it struggled to make a profit.

Tesco has a lot in its trolley at the moment ­– be it shoring up the balance sheet after a mammoth accounting scandal or shareholders digesting its £3.7bn Booker takeover – all while facing the prospect of being overtaken as the UK's biggest supermarket chain by a combined Sainsbury's and Asda.

Drastic Dave will need to convince shareholders that his move into the no-frills space is not an expensive distraction from his broader turnaround strategy. The proof will be in the 99p pudding.