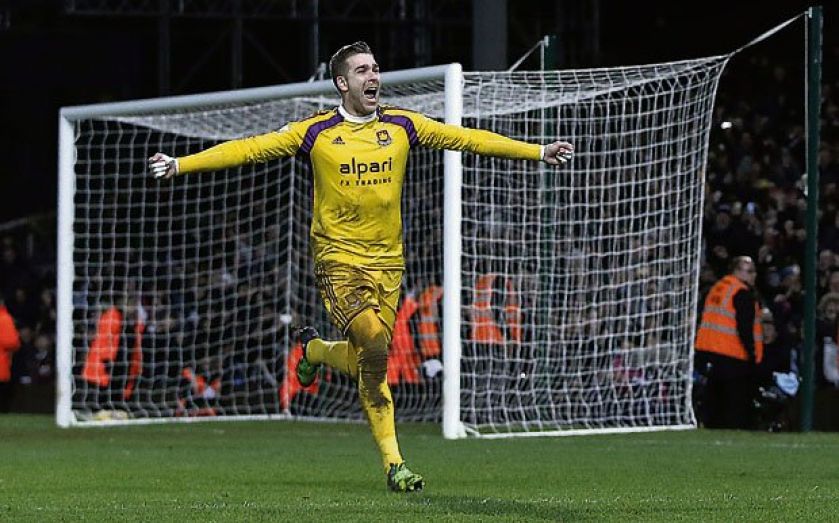 Yesterday's decision to lift a cap on the Swiss franc against the euro has claimed its first casualties in the form of forex brokers.
Foreign exchange broker and West Ham sponsor Alpari has today entered insolvency after the “exceptional volatility and extreme lack of liquidity” prompted by the move.
The unexpected decision by the Swiss National Bank rocked global markets yesterday, with the franc rocketing by 39 per cent against the euro at one point, settling at 16 per cent higher.
Doubt has been cast over the future of Swiss exporters and banks, which will be hit hard by a longer-term strenthening of the currency.
But other companies will also take a hit, and this morning Alpari revealed it was one of the first to suffer.
It said: “This [decision] has resulted in the majority of clients sustaining losses which has exceeded their account equity.
“Where a client cannot cover this loss, it is passed on to us. This has forced Alpari to confirm today that it has entered into insolvency.”
Alpari, which has a multi-million pound shirt sponsorship deal with West Ham, noted that retail client funds would continue to be segregated in accordance with FCA rules.
Yesterday the firm noted that the SNB's move was "wholly unexpected" and that it had led to "unprecendented volatility in the trading of any CHF-linked currency pair or product".
"Due to this volatility in the market we have been experiencing a high volume of client enquiries, which may result in delayed responses as we work through the backlog.We apologise for any inconvenience this might cause."
Although Alpari appears to be the first to have fallen as a result of SNB's move, other brokers are also jittery.
Yesterday New York-based FXCM also warned over “unprecedented volatility”, adding that clients had “experienced significant losses”, resulting in negative equity balances of around $225m owed to FXCM.

“As a result of these debit balances, the company may be in breach of some regulatory capital requirements,” the company said. “We are actively discussing alternatives to return our capital to levels prior to [these] events and discussing the matter with our regulators."

It cited “rare volatility and illiquidity”, adding: “Both our primary and backup liquidity providers became unresponsive or illiquid for hours after the event.

“The majority of clients in a franc position were on the losing side and sustained losses amounting to far greater than their account equity. When a client cannot cover their losses it is passed onto us…

“GBL can no longer meet regulatory minimum capitalization requirements of N$1,000,000 and will not be able to resume business. Losses incurred on trades that could not be exited due to illiquidity were losses incurred directly with the liquidity provider and we do not have the ability to reimburse those.

“Please note the interbank market for francs was illiquid for hours after the event and no traders with an open franc position were able to close it for a significant period of time, at any broker.”