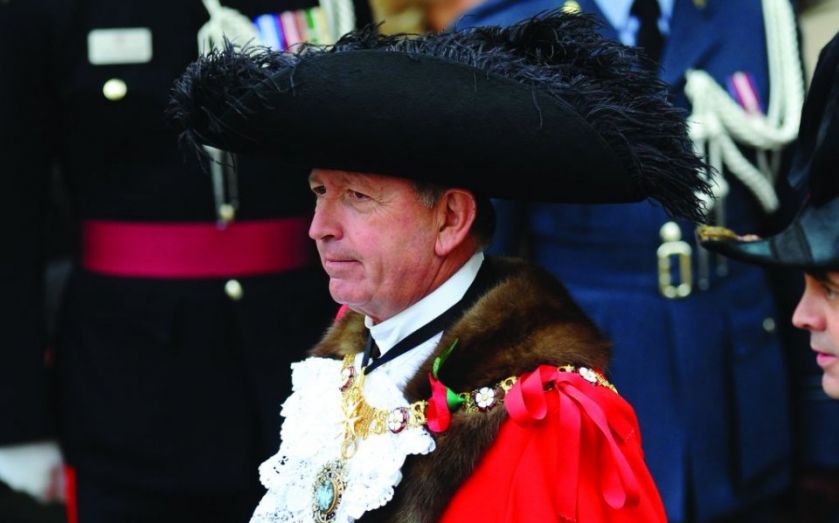 Lord Mayor Alan Yarrow will demand that the City’s bad eggs are made to pay for their misbehaviour, during a hard-hitting speech at tonight’s Mansion House dinner.
“I have little sympathy for those who put themselves before their clients – using their firms to feather their own beds,” the Lord Mayor will say, arguing that regulators should not shoulder the blame.
“It’s like a supermarket with no security cameras – if you take something without paying, it is theft. People should uphold professional standards, irrespective of whether the regulators are there or not. It’s up to managers to set that tone.”
Read more: Chancellor says budget surplus will be a legal mandate
Yarrow will host chancellor George Osborne and Bank of England governor Mark Carney at the annual Bankers’ and Merchants’ Dinner tonight, one of the City’s most hotly anticipated events.
Banks have been hit heavily by fines this year, with huge penalties handed out following the Libor and forex benchmark rigging scandals.
The City’s regulators will today publish recommendations from their Fair and Effective Markets Review into the conduct in and operation of currency, bond and commodity markets.
Yarrow will welcome the publication, which is also expected to feature in Carney’s speech. “With the publication of the Fair and Effective Markets Review we mark a new stage of the journey,” the Lord Mayor will say.