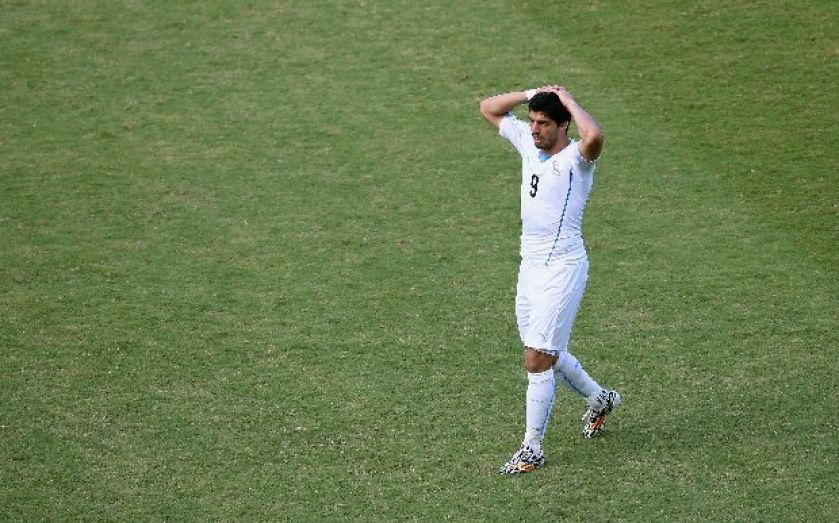 It's not just playing time that Luis Suarez will be missing out on following his bite on Italian defender Giorgio Chiellini.

The incident and his subsequent four-month suspension from all footballing activity is also eating into his lucrative commercial deals.

"888poker signed Luis Suarez following a fantastic season for which his achievements were widely recognized. Regrettably, following his actions during Uruguay’s World Cup match against Italy on Tuesday, 888poker has decided to terminate its relationship with Luis Suarez with immediate effect," said the company in a statement released this morning.

The Uruguay FA has announced it will appeal the ban, which also includes a nine-match international suspension, the longest punishment ever dished out at a World Cup.