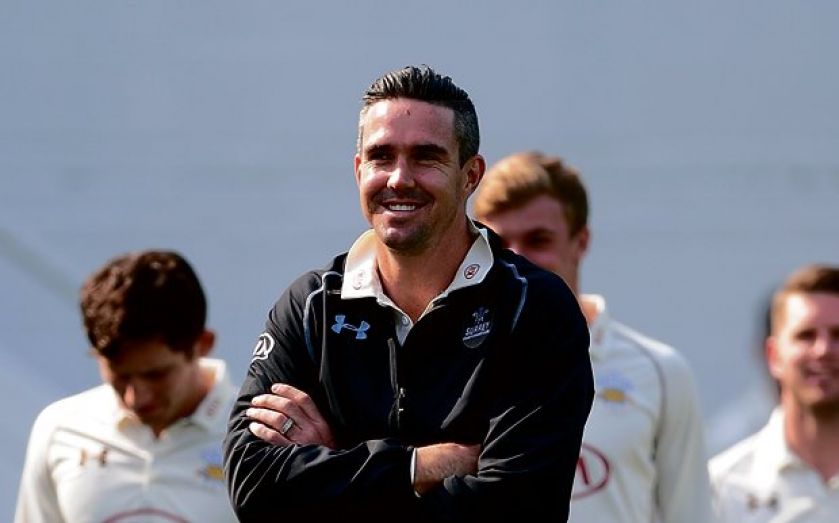 SURREY director of cricket Alec Stewart insists mercurial batsman Kevin Pietersen is starting to showcase the form to revive the county’s fortunes and which may yet persuade selectors to revive his England career ahead of this summer’s Ashes.

Pietersen resumed training with Surrey on Monday, having returned to the county with the express aim of scoring an avalanche of runs in domestic red-ball cricket.

The 34-year-old navigated his exit from Indian Premier League commitments with Sunrisers Hyderabad and intends to prove irresistible to the England set-up from which he was sacked in February 2014 following a disastrous Ashes whitewash.

Stewart’s main concern is Pietersen starring for Surrey rather than at international level, but has hinted that be believes a rapprochement – made more likely this week by the ousting of some of his opponents among the England and Wales Cricket Board’s senior hierarchy – is not unthinkable.

“Kevin’s in good nick and he is getting better by the day,” said Stewart, who witnessed Pietersen in the nets at the Kia Oval this week ahead of a friendly against Oxford University, starting on Sunday.

“If he does, that’s great for us and anything after that is down to the selectors. If he scores runs for Surrey then anything can happen.

“He’s been with us for the last five years or so on and off and has always fitted into our dressing room. He’s a good fella. The lads enjoy having him around. He has good banter.”

Pietersen is not the club’s sole box office signing ahead of the new season, which starts on Sunday and for Surrey a week later with a county championship fixture against Glamorgan in Cardiff – their second successive campaign in Division Two cricket. Also joining the ranks from the start of the summer is veteran Sri Lankan maestro Kumar Sangakkara, who together with Pietersen will add a heavyweight presence to Surrey’s batting line-up.

Stewart believes the Pietersen-Sangakkara axis is a formidable pairing which elevates their middle-order to among the strongest in the country, but is also adamant the cultured duo’s presence does not give other batsmen a free ride.

“We want healthy competition but Sangakkara and KP are as good as they get,” added Stewart, who made 133 Test appearances for England during a 14-year international career. “To have two legends of the game available from the start of the season is a huge plus but what I don’t want is for the side to rely on those two, because we have got good quality.”

Surrey have won the Clydesdale Bank 40 and a Second Division title since their limited-overs double in 2003, which compares unfavourably to the blistering success of three county championships in four years at the turn of the century. Stewart says it remains only a matter of time before former glories are rekindled, and is confident the club can foster a sustained era of success.

“We’re a big club, we’re not trying to hide from that. We are a very successful club off the field and we’ve got a very strong and successful history,” said Stewart.

“In recent times, we haven’t been successful on the field and that is our target and our challenge. It is a question of when it happens, but when it does we’ll make sure it’s not just a one-off and that we are successful for a period of time.”